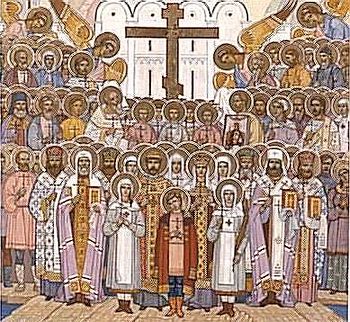 The Moscow Patriarchate recognizes that more must be done to perpetuate the memory of the victims of repression, including those who died for the faith, and to understand that period in history.

"It is vital that the memory of the New Martyrs be present in the national media, in our culture and in our educational system," said the head of the Synodal Department for Relations between Church and Society, Archpriest Vsevolod Chaplin, at a press conference in Moscow on Wednesday.

According to him, the New Martyrs are commemorated at Russian Orthodox church services practically every day.

As the priest stated, there are different assessments of the Soviet period, and "today it is very important to stop using radical assessments, which boil down to saying that everything was good or everything was bad".

Archpriest Vsevolod Chaplin called for a serious analysis of the Soviet period of Russian history: "We have to analyze the Soviet period of our history very seriously. I call on everyone to do this, including at the ‘World Russian People's Council’, but when analyzing this period we must weigh up all the ‘pros’ and ‘cons’, all the truths and untruths, all the achievements and crimes".