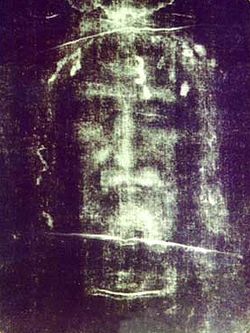 Latest research has confirmed suppositions that the Shroud of Turin can be dated to the time of Jesus Christ. Scientists from the University of Padua claimthat the cloth on which the face and body contours of a crucified man are imprinted, dates back to the first century, reports Sedmitza.ru, citing"KNA".

The findings have been published in a book The Mystery of the Shroud, written by Julio Fanti, a professor of thermodynamics, and Saverio Gaeta, a journalist. The book came out in Italy on March 27.

Until now there had been uncertainty about the dating of the cloth, which is kept in Turin Cathedral. Conclusions from radiocarbon dating, carried out in 1988, which claimed that the Shroud had been made in the medieval period, have been recognized as erroneous.

The latest experiments were based on infrared spectroscopy which, in turn, is based on the recording of infrared spectra of substance absorption. The findings were compared with other samples, dating from various periods—from very ancient times until modern times. The scientists are 95% sure of their findings.

We recall that on March 30, the Catholic Holy Saturday, the Holy Shroud will be exposed in Turin for the third time in the last 1000 years. For ninety minutes some 300 sick and disabled and 30 young people will be able to venerate it in a chapel in Turin Cathedral.