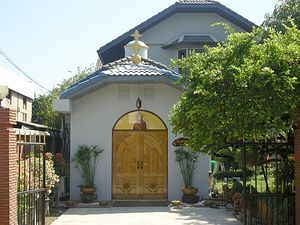 Archimandrite Oleg (Cherepanin), the representative of the Russian Orthodox Church (the Patriarchate of Moscow) in the kingdom of Thailand, has signed a direction that urges the Clergy and staffers of all Orthodox parishes in Thailand to complete a course of oral and written Thai for the current year.

Furthermore, introductory lectures on history and culture, labor and immigration legislations of Thailand will be organized as well as a lecture on Buddhism, which is the national religion of the kingdom (about 85% of its population are Buddhists).

This decision has been made for the purpose of improving levels of missionary and pastoral work and adaptation to local life conditions. "The level of Thai will be taken in account as an important indicator of activity for everyone who is carrying out his obedience in the country," said Archimandrite Oleg.