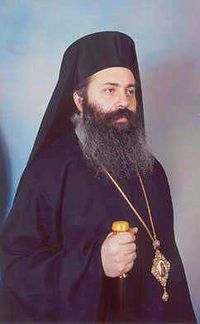 Metropolitan Paul of Aleppo is the Patriarch's of Antioch John X own brother. Ten days before kidnapping of the Hierarch a rocket fired by insurgents hit the house where he lived.

Simultaneously with the Orthodox Metropolitan of Aleppo the Syrian Jacobite Bishop of the city of Aleppo (Haleb) Gregory Yohanna was kidnapped. Both hierarchs were at that moment in vicinity of Haleb overseeing the distribution of humanitarian aid.

Patriarch Bartholomew of Constantinople has presented his condolences to Patriarch John X of Antioch. Also, having learned that kidnapped Metropolitans were within the boundaries of Turkey he addressed Turkish authorities with request to undertake a search for hierarchs and to secure their release.

According to the Greek Church news agency Amen, the prime-minister of Greece Antonis Samaras directed the foreign minister Dimitris Avramopoulos to inform his colleagues about the kidnapping of Metropolitan Paul during the meeting of all foreign ministers of the NATO countries in Brussels that took place on April 23. The situation in Syria was to be discussed at that meeting.

The Greek people’s particular sympathy for Metropolitan Paul can be explained by the fact that he is a graduate of the theological faculty of the University of Aristotle in Thessaloniki.