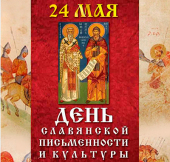 More than 30 choirs with the total number of 2000 people are taking part in the program of the concert on the Red square. Words of all songs performed from the stage on the Red square will be relayed on the screens. Organized for the first time, the holiday of choral singing, "Our Favorite Songs", is held by the Russian Orthodox Church with the support of the Ministry of Culture of the Russian Federation and the government of Moscow.

The creative collectives that are performing in the program include: the choir of the Academic Music College at P.I. Tchaikovsky Moscow State Conservatory; A.A. Yurlov State Academic Choir Chapel of Russia; A.V. Sveshnikov State Academic Russian Choir; the Moscow Male Chamber Choir conducted by V. M. Rybin; The Moscow State Academic Chamber Choir conducted by Vladimir Minin; The choir of the Moscow Sretensky Monastery; The Academic Ensemble of Song and Dance of Troops of Military Space Defense; the Patriarchal choir of The Cathedral of Christ the Saviour; The "Transfiguration" children & youth choir of the Union of composers of Russia; the Great Children's Choir of V.S. Popov and others.

The choirs' performances will be accompanied by two orchestras: The N.I. Rimsky-Korsakov Russian Navy Central Concert Exemplary Orchestra (the artistic director is an honored artist of Russia, captain 1st rank, Alexei Karabanov) and the Symphony Orchestra of the Defense Ministry of Russia (the artistic director is the main military conductor of Russia, honoured arts figure, lieutenant general, Valery Khalilov). The conductor is Valery Khalilov.

The program of the holiday includes performance of children's, military and folk songs. At the end of the concert the National Anthem of Russia "Be Glorified" will be performed and holiday fireworks will be let off.

The Day of Slavic writing and culture is dedicated to the Feast-day of Holy brothers Cyril and Methodius, Equals-to-the-Apostles (the 9th century). In Russia this holiday is celebrated annually in accordance with the resolution of the Presidium of the Supreme Soviet of the Russian Soviet Federative Socialist Republic of January 31, 1991. Since 2010 Moscow has become the centre of festive events of this holiday. Traditionally, on this day a Divine Liturgy is celebrated in the Dormition Cathedral of the Kremlin, a Cross procession is held to the monument of Sts. Cyril and Methodius, Equals-to-the-Apostles, on the Slavyanskaya square; also a prayer service and laying flowers at the monument, the awarding ceremony of Sts Cyril and Methodius international prize and the international symposium "The Slavic World in the third millenium" take place. 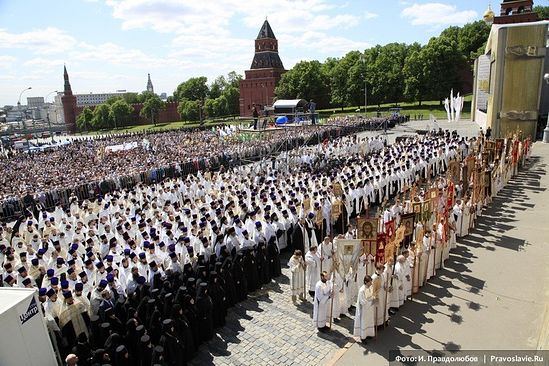