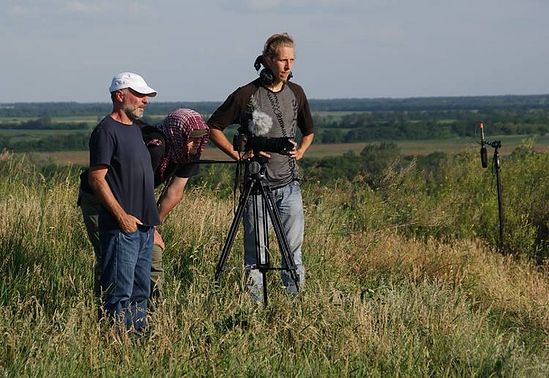 The shooting of the documentary "The old line" started in June on Kuban. The documentary's stage director, Portuguese Joao Cristovao, who was captivated by the beauty of traditional Cossack singing, has attracted to his work the specialists of the Research Center for Traditional Culture of the Kuban Cossack Chorus. The documentary tells about a unique folk collective from the town of Gulkevichi, Krasnodar region, called "Lado". This ensemble formed by vocal artist Marina Tekhova preserves and develops the (now nearly lost) Cossack singing tradition of the Linear Cossack army of the Caucasus Mountains.

The old line (staraya linia) in the Krasnodar region is an area stretching from Ust-Labinsk and upstream Kuban river. Here the Don and the Ekaterinoslav Cossacks were resettled to protect the Russian border, and later the Khoper regiment was moved here. The regiments were united into the Linear Cossack army of the Caucasus Mountains. In 1841, the development of the territory along the river Laba—the new line—began, and the former one was accordingly called "the old line".

Work on this documentary is being carried out with the blessing of Metropolitan Isidore of the Kuban metropolia.