A Copt beheaded by islamists in Egypt 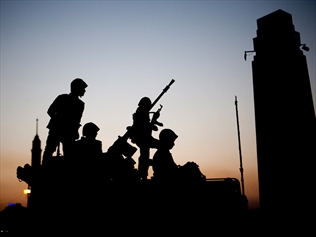 Another Copt has been killed by islamists in Egypt, reports LE FIGARO.

The beheaded body of the Copt who had been kidnapped last Saturday by members of "an extremist group" has been found in the north of the Sinai peninsula.

The hands and legs of the man whose age has not been reported were tied up. He was kidnapped on the same day when the Coptic Priest Mina Abuda Aroan was murdered.

Issues of security have worsened in the Sinai region after the overthrow of the regime of the Egyptian president Hosni Mubarak early in 2011.