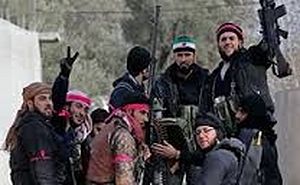 The president of the International Christian Union (ICU) Joseph Hakim believes that radical groups in the Syrian opposition are using the civil war to perform the ethnic cleansing of Christians, reports FRONTPAGEMAG.COM.

The native Christians who are a minority in Syria at the present time "have to flee from their towns and villages" and seek refuge in less dangerous regions of the country and abroad. The ongoing bloodshed in Syria gives islamists an opportunity "to finish off what has survived after the Ottoman Turks", said the expert, referring to the genocide of Armenian Christians during the First world war. "I believe that what is happening should only be called a genocide," said Hakim.

Hakim is complaining about the passiveness of the European community which is a witness of killing of Christians, beheading of priests, destroying of churches and kidnapping of bishops in Syria. In the expert’s view, it is a matter of coordinated efforts aimed at eradicating the Christian populations of Syria, Egypt, Iraq, Lebanon and the Middle East.