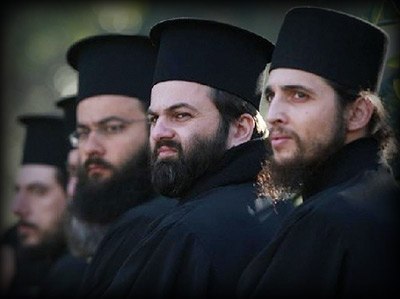 International creditors are currently exerting pressure on the government of Greece, demanding that it cancel the salaries of around 9500 Priests. This proposal has been put forward as a part of the requirements formulated by the creditor states with the purpose of reducing expenditures in Greece, reports Sedmitza.ru.

Meanwhile, it is believed in Greece that such demands may provoke a sharp reaction from the clergy. The Church and the state are not separated from each other in Greece and priests are paid salaries there as civil servants.

According to a message of the Parapolitika newspaper, cited by the Оrthodoxie.com French Orthodox website, this is the second time this has been proposed by creditors’ representatives. It was earlier proposed in 2011 to the government of the prime-minister Georgios A. Papandreou. According to that proposal, the state was to stop paying salaries to priests and other categories of employees who work in the Church.

At the present time, the Greek state is spending around 200 million euros on salaries to priests of the Church of Greece.

It is still not quite clear what the consequences would be should the Greek authorities implement this proposal: Will state’s role in financing the Church decline, or will the Church have to choose between paying salaries to clergy and discharging priests, after the example of the government, which is currently considering laying off up to 27,500 public sector workers.