The Church of Holy Royal Martyrs in the town of Hua Hin in Thailand will be the seventh Orthodox Church in the country. For nearly 15 years of Orthodoxy in the country this is more than little. 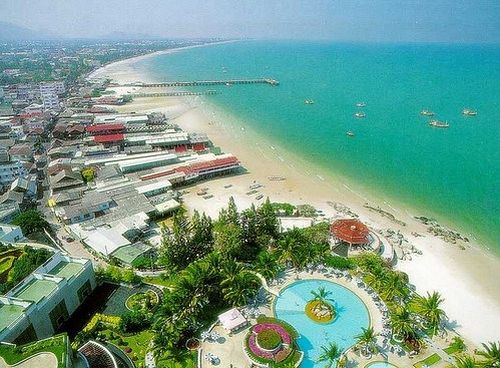 Archimandrite Oleg (Cherepanin), representative of the Russian Orthodox Church in Thailand, told the Golos Rossii radio station about the building of the Church and development of Orthodoxy in Thailand.

There are still only drafts of the Church. Its construction has already been blessed by His Holiness Patriarch Kirill of Moscow and All Russia. The laying and blessing of the first stone at the foundation of the future Church are to take place this year, according to Archimandrite Oleg (Cherepanin):

"We will need about two weeks to get a permit for the building. But as the Russian Church of the Patriarchate of Moscow is well known in Thailand, there will be no problems. After this we will begin preparatory works. And the laying of the foundation stone of the new Church is scheduled for November-December. The fact is that the consecration of St Nicolas Church in Bangkok is scheduled for December, someone from the Moscow Hierarchs is to come to this event. And we would like this Hierarch to lay the foundation stone of the new Church as well. It will be very symbolic. After all, this year is dedicated to the 400th anniversary of the house of Romanov. And our Church will be built in honor of Royal Martyrs--the last members of the ruling family of the Romanov".