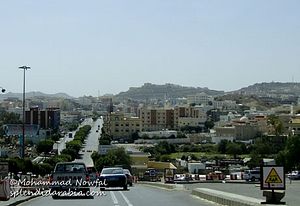 Abha
Officers of the Saudi Committee for the Promotion of Virtue and the Prevention of Vice (the religious police) made a raid in the town of Abha in the south of the kingdom of Saudi Arabia. The result of these events was the confiscation of crosses from representatives of one Asian diaspora—to prevent the of performing of Christian prayers, called "contradictory to Islam" by the government employees, reports Linga.

According to the Tavasul electronic newspaper's materials, the committee got the information on the "violation of the law" from the municipality, which had informed it of the preparations made by one of the numerous Asian diasporas for to the perform rites and sacraments that they hold approximately every half year, in the presence of a relatively great number of men, women and children. The hostel at a town filling station was chosen as the venue for holding the prayer service.

The newspaper also reports that after an investigation that lasted till dawn on Friday, and long observation of the hostel (this discovering that a substantial number of visitors flocked to it), the committee officers with support of local security services burst into the building where they ascertained the presence of diaspora members "performing pagan rites". There were also cans with water brought to perform Baptisms in the room.

The sources add that the organizers of the event were arrested, while the crosses, icons, images of statues of the Mother of God, and musical instruments were confiscated.

The newspaper informs the readers that those arrested were handed over to the secular police of Abha.