Theological school on Chalki not to open

The theological school on the Chalki island will remain closed—the Turkish authorities have not included this issue into the so-called "democratization packet" that was promulgated several days ago, reports the Romphea agency. 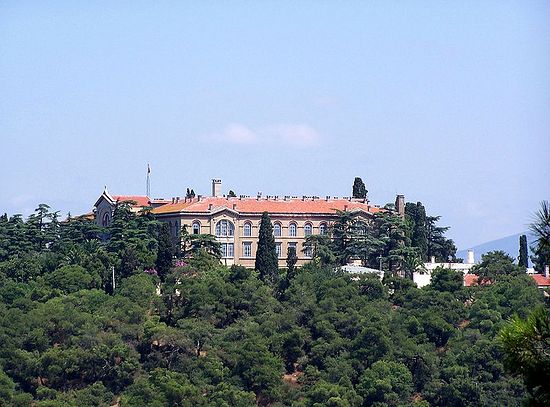 Metropolitan Elpidophoros of Proussa, Abbot of the Holy Trinity Monastery on Chalki, where this theological school of the Patriarchate of Constantinople is situated, has made a statement concerning the refusal of the Turkish authorities to open this school.

"We have been deeply disappointed with the refusal to include the issue of opening of the theological school on the Chalki island in the communiqué published regarding "the democratization packet". Our disappointment is great. As did the Patriarchate, we cherished the great hope that this time the opening would nevertheless take place. We did not expect this from our government. We are continuing to consider that opening of our school is necessary and we will not stop striving for this. We are asking our prime-minister to continue work in the necessary direction in order to renounce completely this violation of human rights and rights of believers, his fellow citizens". Erdogan Uses Christian Seminary As Chip in Talks With Greece

Erdogan Uses Christian Seminary As Chip in Talks With Greece
The Halki seminary, the main theological school of Eastern Orthodox Christianity, was shut down by the Turkish government in 1971. For the last couple of years, the AKP raised the hopes of Orthodox Christians all around the world that the seminary was to reopen. Many were sure the democratization package of Sept. 30 would realize this dream. It did not, and indeed now the possibility looks even less likely. Greek Patriarch Optimistic Halki Seminary Will Reopen Next Year
Greek Orthodox Patriarch Bartholomew has expressed optimism that Turkey will next year reopen a historic seminary that was shut down nearly four decades ago.
×