Statistics of crimes against Christians in France published 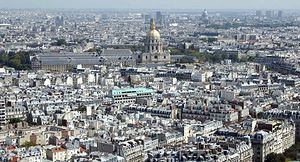 In Paris, at the meeting of the fellowship of the General Alliance Against Racism and for the Respect of French and Christian Identity, information on the number of hostile actions against Christians during the period of January 1 to September 30 was announced. The statistics were given by the director of L'Observatoire de la Christianophobie Daniel Hamiche, reports Sedmitza.

According to the information of the portal which records and describes cases of christianophobia, the following has been registered in France over the first nine months of this year:

– 70 cases of profanation and acts of vandalism on the territory of places where religious rites are performed;

– 25 cases of profanation and vandalism at Christian cemeteries;

– 17 attempts of arson in places where religious rites are performed;

– 8 attacks on priests and monks/nuns;

– 4 intrusions into churches during the Mass and interruption of services.

Beyond all this, French officials have announced another proposal regarding the reform of the calendar of holidays. The state organization, "Observatory of secularism" has made a proposal to cancel two holidays, intended for Christian feasts, and to replace them with Jewish and Muslim ones. The idea was proposed by the anthropologist Dounia Bouzar, who was appointed to the Observatory by the French prime-minister Jean-Marc Ayrault not long ago. Bouzar considers that replacement of the Christian holidays with Yom Kippur and Eid al-Fitr will help "neutralize radical Islam and give a symbolic space to the Jewish and Muslim holidays".

The reaction of Christians and Muslims has not kept itself waiting. Specifically, the president of "Observatory Against Islamophobia" Abdallah Zekri stated that it was not necessary "to undress Peter in order to dress Muhammad". Speech by Metropolitan Hilarion of Volokolamsk, Chairman of the Moscow Patriarchate's Department of External Church Relations at the OSCE high-level meeting 'Preventing and Responding to Hate Incidents and Crimes against Christians'
Metropolitan Hilarion (Alfeyev)
There is a simple axiom, understandable to every educated European. European civilization is a culture that has developed on a Christian foundation.