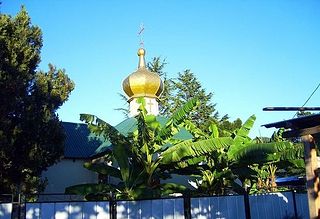 Here it was determined that the discovered icon was the Iveron Icon of the Mother of God, whose first home was Georgia—ancient Iberia.

The icon with carved insertions of silver, gilding, and stones dates to 1896. The name of either its owner or its painter Archpriest Alexander Smirnov is indicated.

The icon is slightly tarnished from the sea water, but the image of the Theotokos is seen clearly, reports the Sochi administration's press service. The icon will be restored, and for a while it will remain in the chancel of the Church.

Special attention is devoted to the fact that the icon was discovered on the eve of the commemoration of the Iveron Icon of the Mother of God which is celebrated on Saturday, October 26 (according to the new calendar). Jose Munoz-Cortez, Guardian of the Iveron Icon of the Mother of God
While the sinister circumstances of his death are still unclear, it is tempting to speculate concerning the motive for such a ghastly murder; after all, the Icon was not in Brother Joseph's possession at the time. From a spiritual perspective, however, the explanation is apparent. As written in an obituary prepared by the Icon's Home: "We live in a time of great spiritual awakening, but the spirit that awakens is that of satan, and all that is of Christ, of Jesus, of God, is a goading irritant to the carnal man, inciting the infernal wrath of the deluded." Arrival of the Iveron Icon of the Most Holy Theotokos in Georgia (1989)
Archpriest Zakaria Machitadze
In September 26, 1989, a copy of the famous Iveron Icon of the Mother of God, the “Portaitissa,” arrived in Tbilisi from the Iveron Monastery on Mt. Athos. With the blessing of Catholicos-Patriarch Ilia II, the monks of the Holy Mountain had painted this exact copy as a symbol of love and gratitude to the Georgian people.
×