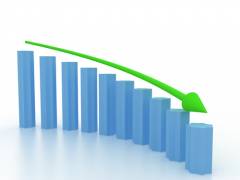 The Italian abortion rate is at its lowest level in decades, while the number of gynaecologists refusing to perform abortions is at its highest.
A new report from the Italian government has revealed that the abortion rate in the country is continuing to decline at the same time as 80-90 percent of Italian gynecologists are refusing to abort babies – the highest number on record.

The report by the Ministry of health on the implementation of Law 194, “on voluntary interruptions of pregnancy,” found the abortion rate throughout the country had dropped in 2012 by 4.9 per cent compared to the previous year (106,000 abortions, down from 111,000). The abortion rate has been falling steadily in Italy since 1982 when it hit a peak of nearly 235,000.

The report shows that the numbers of conscientious objectors among health care workers has also increased steadily, to its current peak of almost 90 percent of gynecologists in the region of Campania and over 80 percent in all of Southern Italy.

In response to this report, the Letta government has announced the establishment of a board that will monitor individual hospitals and physicians.

Meanwhile, an Italian national labour union, known for championing far left political causes, has asked that only doctors who who are willing to perform abortions be eligible for employment in the public health system.

Together with International Planned Parenthood Federation European Network, the Confederazione Generale Italiana del Lavoro (CGIL) twice submitted complaints, in August 2012 and January this year, to the European Committee on Social Rights of the Council of Europe against the broad use of the Italian abortion law’s conscience provision.

Those complaints are receiving renewed attention in light of the government’s new report.

In the complaints CGIL accused doctors of following their “subjective” sense of right and wrong in opposition to the rights of women as outlined in the European Social Charter, and called for rules that would allow only doctors willing to perform abortions to be employed by the state health system.

The pro-abortion groups face an uphill battle, however, since no international European treaty has ever identified abortion as a “human right,” while there has been ample legal tests of the rights, explicitly defined in the European Convention on Human Rights, of conscientious objectors to refuse to commit abortions.

A resolution of the Parliamentary Assembly of the Council of Europe in 2010 stated, “No person shall be compelled to practice the removal of a child or an embryo, and no one may be discriminated against in any way as a result of his refusal to carry out abortions.”

Giacomo Rocchi, a judge of the Supreme Court, a member of Lawyers for Life, also pointed to the absence of any evidence showing that in Italy women have been denied abortions because of a shortage of physicians.

The Italian Health Department’s own statistics show that in 95 percent of cases requested abortions are carried out within three weeks, while 90 percent are not considered medically urgent. Rocchi said that the proposal only to allow competitions for public placements by doctors willing to perform abortions would be a blatant case of discrimination.

“So objectors would be discriminated against for exercising a constitutional right,” he told Tempi.it, “recognized by the European Convention on Human Rights.”

“In addition, if the doctor, once hired, decided to stop practicing abortions, he would be fired and then he would be denied the opportunity to follow his conscience and his faith.”

“A state that allows the killing of innocent children already has a democratic deficit,” Rocchi continued. “And it would be even more serious if the Committee were to decied for CGIL: forcing doctors to practice abortion by law would be a measure of a totalitarian state.

“Luckily, any decision of the Committee in this direction would have an effect only of exhortation and would not be binding on our country.” 276 babies saved from abortion during 40 Days for Life…so far!

276 babies saved from abortion during 40 Days for Life…so far!
Here’s a quick sampling of the 276 stories of mothers who’ve changed their minds. 30,000 pro-lifers rally in Dublin: tell Irish PM, ‘Keep your promise. No abortion in Ireland.’
Tens of thousands thronged the streets of Dublin outside the country’s parliament on Friday night to demand that the Fine Gael/Labour coalition government keep a campaign promise to keep Ireland abortion-free.
×