Why we don’t fast during the week of the Publican and Pharisee, and other questions

Hello Father! Why don’t we observe the Wednesday and Friday fast during the week of the Publican and the Pharisee? Thank you! Respectfully, Olga. 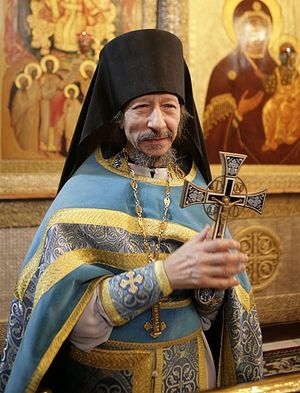 The parable of the publican and the Pharisee gives an image of the spiritual truth that God resisteth the proud, but giveth grace unto the humble (Js. 4:6). The Pharisees were representatives of the social-religious trend in Judea during the second century B.C. Their distinguishing characteristic was an intense zeal for observing the Law of Moses. Religious life requires that a person be attentive to himself, that he have moral sensitivity, humility, and pure intentions. If he doesn’t have these, a hardness of heart gradually creeps in on him. Then a pseudo-spirituality inevitably comes. The result is spiritual death. If instead of humility there is self-opinion and pride, instead of sacrificial love there is spiritual egoism, then it is not hard for the devil to take over such a person and make him an accomplice in his evil deeds. People who are unbelieving or spiritually inattentive do not even know or guess how often they do just what the enemy of our salvation wants them to do.

Phariseeism is not a vocation or a membership in some kind of religious organization. Phariseeism is a state of the soul. It begins with self-opinion and self-aggrandizement. Just as soon as a person’s attention to himself and strictness with himself relaxes, the first shoots of a dangerous plant appear, the fruits of which can kill the soul. Death comes as a result of poisoning with the poison of pride.

The main moral characteristic of a Pharisee is self-love and egoism, which directs all the movements of his soul. We rarely think about how much egoism and therefore, phariseeism we have in ourselves. Our insensitivity to our surroundings, our constant coldness, the lack of a constant readiness to sacrifice our time, energy, and convenience for the sake of others shows how far we are from the repentant publican, who with a contrite heart pronounced only five words, but departed justified.

By cancelling the Wednesday and Friday fast during the week of the Publican and the Pharisee, the holy Church desires to keep us from pharisaical self-complacency, when the formal observation of Church rules (fasting, prayer rule, and church attendance) becomes the goal of spiritual life. The holy fathers teach that all this must be fulfilled, but it must be seen as a means for acquiring spiritual fruits.

The Pharisees considered themselves to be wise and knowing. But the wisdom that is from above is first pure, then peaceable, gentle, and easy to be intreated, full of mercy and good fruits, without partiality, and without hypocrisy. And the fruit of righteousness is sown in peace of them that make peace (Js. 3:17-18)

Hello! Christ tells the parable of the Pharisee and the publican in the temple. The Pharisee says that he does this and that, including that he fasts two days out of the week. Tell me, please, what days of the week were these, and why were they fast days? Thank you! Evgeny.

In Babylonian captivity, a one-day fast was established for the Jews: On the ninth day of the fourth month (tammuza), as a sorrowful remembrance of the Chaldean capture of Jerusalem (587/6 B.C.), on the tenth day of the fifth month (ava), on which the city was destroyed and the temple was burned (Jer. 52:12-13), on one of the days of the seventh month (tishri) in memory of the murder of Godolia (Jer. 41:1-3)

The Pharisee from the Lord’s parable fasted twice a week voluntarily, and boasted of it. The Pharisees had a custom of fasting on the fifth day of the week, when the prophet Moses ascended Mt. Sinai, and on the second, when he descended from the mountain.

The prophets condemned external fasts without repentance and humility. The parable of the publican and the Pharisee speaks of this. Such a fast leads to pride and spiritual blindness.

Who are the Pharisees?

The Pharisees (according to one etymology, the Hebrew perushim—set apart) were representatives of the most influential religious-social trend in Judea. They are first mentioned in the Gospel of Matthew (3:7-9). The lack of mention of them in the Old Testament leads us to believe that this sect was formed significantly later than the conclusion of the canon of sacred Old Testament books (c. fifth century B.C.). There is a convincing theory by certain researchers who see the sect of the Pharisees as an answer to Hellenism—the tendency toward cultural-historical synthesis among the Mediterranean peoples. This tendency was the result of Alexander the Great’s successful military campaigns (356-323 B.C.). The Hellenic influence on Israeli society apparently brought to life this party of zealous defenders of national tradition. Josephus Flavius first speaks of the Pharisees as one of the three sects (along with the Sadducees and Essenes) in the thirteenth book of Judaic antiquity (13.5:9), talking about the activities of one of the Maccabees—the high priest Jonathan (c. second century B.C.).

The Pharisees, unlike the Sadducees, accepted the future resurrection, and the existence of angels and spirits. They preached a strict life, ritual purity, and exact fulfillment of the law. Representatives of this movement struggled against pagan influence upon the people, and stood for national independence. All of this attracted people to them.

But the farther time separated them from the God-revealed source of truth, the stronger a purely human origin showed itself in their teachings and actions. Formalism began to grow. The Lord through Moses forbade the introduction of new commandments and the repeal of those already given: You shall not add to the word that I speak to you, neither shall you take away from it: keep the commandments of the Lord your God which I command you (Deut. 4:2). Despite this, they introduced 613 new rules: 248 commands (according to the number of bones in the human body) and 365 prohibitions (according to the number of days in the year). They ascribed more significance to their innovations than they did to God’s commandments. The Savior rebuked them for this: Why do ye also transgress the commandment of God by your tradition? (Mt. 15:3); For laying aside the commandment of God, ye hold the tradition of men (Mk. 7:8). They characteristically treated with contempt sinners, publicans, and people not of the book: But this people who knoweth not the law are cursed (Jn. 7:49). Although there were many sinners in Israeli society during the time of the Savior, the Lord never rebuked anyone like he did the Pharisees. But woe unto you, Pharisees! for ye tithe mint and rue and all manner of herbs, and pass over judgment and the love of God: these ought ye to have done, and not to leave the other undone. Woe unto you, Pharisees! for ye love the uppermost seats in the synagogues, and greetings in the markets. Woe unto you, scribes and Pharisees, hypocrites! for ye are as graves which appear not, and the men that walk over them are not aware of them (Lk. 11:42-44). Jesus Christ rebuked the soulless formalism of the Pharisees and Scribes, who accused the Savior of violating the Sabbath by healing seriously ill people. Without doing away with the law, the Lord placed works of love and mercy for suffering people higher than ritual: The sabbath was made for man, and not man for the Sabbath (Mk. 2:27).

Pride and self-opinion about their righteousness lead the Pharisees to spiritual blindness and made them incapable of humbly accepting anyone higher, purer, and more righteous than themselves. The Lord’s miracles, His teachings, which astounded the people by their moral heights, and His meekness all evoked wrath in the representatives of this sect. This was the main reason why they did not see in Jesus Christ the Messiah promised by the prophets, and, along with the Sadducees, demanded His crucifixion.

The better representatives of the Pharisees, who had a living faith and were not deadened by formalism, became Christians: the Apostle Paul, righteous Nicodemus, Gamaliel, and others.

Our Lord Jesus Christ warned His disciples against the leaven of the Pharisees (Mt. 16:11). Phariseeism as a spiritual state is a danger to any believer. It begins when a person prays formally, with his lips and not his heart, out of habit, and thinks he is pleasing to God. “People who are trying to conduct a spiritual life sometimes have the most subtle and difficult battle through their thoughts every moment of life—a spiritual battle. One has to be a bright eye to everything in every moment in order to notice the thoughts flowing into the soul from the evil one and deflect them. Such people must always have a heart burning with faith, humility, and love; otherwise, devilish deceit easily settles into it, and after deceit comes little faith or faithlessness, and then also all kinds of evil, from which they cannot soon cleanse themselves even with tears. Therefore do not allow your heart to be cold, especially during prayer, and avoid all cold indifference” (St. John of Kronstadt, My Life in Christ). Spiritual pride, assurance of your own righteousness, ostentatious piety and hypocrisy are all phariseeism. The Holy Church in its struggle with the danger of falling into this state puts forth the example of the repentant publican. With his humble prayer we begin our daily morning prayers: “God, be merciful to me, a sinner.” 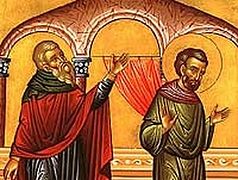 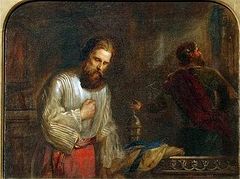 The Sunday of the Publican and the Pharisee
Archpriest Andrew Phillips
Firstly, let us be clear as to whom this Gospel concerns. The word “publican” does not have the modern meaning of someone who keeps a pub: in older English it simply means a tax collector. As we recall from last Sunday's Gospel concerning another tax collector, Zacchaeus, tax-collectors among the Jews were the lowest of the low, thieves, corrupt to the core. 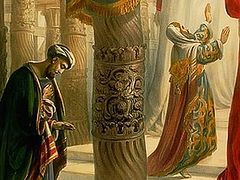 Homily on the Sunday of the Publican and the Pharisee. On Prayer and Repentance
St. Ignatius (Brianchaninov)

Homily on the Sunday of the Publican and the Pharisee. On Prayer and Repentance
St. Ignatius (Brianchaninov)
Why didn't the publican choose some majestic and moving psalm by which to pour out his heart before God, but instead had recourse to such a brief prayer? Why did he repeat only it during the entire service?
×