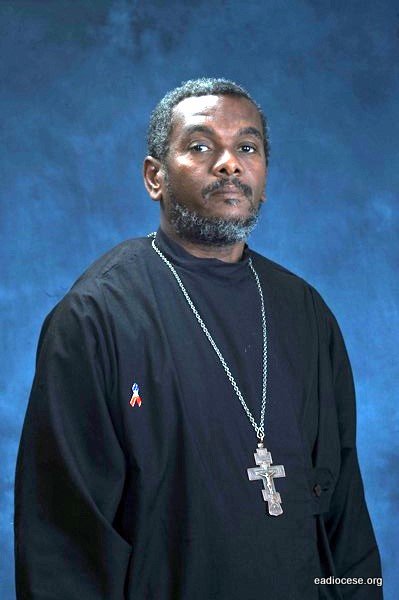 On Tuesday, November 17, Priest Gregoire Legouté, cleric of the Haitian Mission of the Eastern American Diocese, reposed in the Lord. He was 53 years old.

Fr. Gregoire was born in Les Cayes, Haiti in 1962. He converted to Holy Orthodoxy and, in 1996, was tonsured a reader and ordained subdeacon and deacon by Bishop Hilarion of Manhattan. In 2002, he was ordained to the priesthood by Bishop Michael of Geneva & Western Europe, and served the Haitian Mission with distinction for 13 years, spiritually nourishing the seven parishes of the Mission alongside his brother-priest, Fr. Jean Chenier-Dumais.

He is survived by his Matushka Rose, and their two daughters, Anastasia and Chrissy. IOCC: Provides Hope for Haitians Six Months After Quake
Marie and her daughter, Lovely, make a 4-hour, round trip journey each day from their home in the Delmas 10 area of Port-au-Prince to reach Foyer d’Amour ("House of Love"), a school for the developmentally disabled operated by the Orthodox Church that Marie calls, "a gift from God." It is one of only five such schools in a country of 10 million, and International Orthodox Christian Charities [IOCC] is equipping it with everything it needs – from teacher’s salaries to basic school supplies – to stay open.
×