Prophetess Hannah the mother of the Prophet Samuel 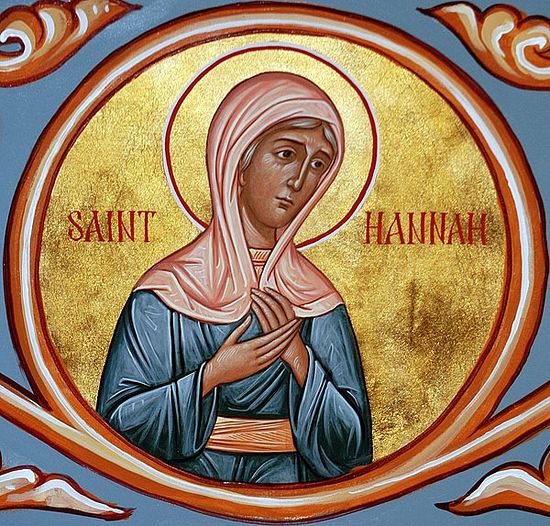 The Holy Prophetess Hannah dwelt in marriage with Elkanah, but she was childless. Elkanah took to himself another wife, Phennena, who bore him children. Hannah grieved strongly over her misfortune, and every day she prayed for an end to her barrenness, and vowed to dedicate her child to God.

Once, as she prayed fervently in the Temple, the priest Heli thought that she was drunk, and he began to reproach her. But the saint poured out her grief, and after she received a blessing, she returned home. After this Hannah conceived and gave birth to a son, whom she named Samuel (which means “Asked from God”).

When the child reached the age of boyhood, the mother herself presented him to the priest Heli, and Samuel remained with him to serve before the Tabernacle (1 Kings/1 Samuel 2: 1-21).