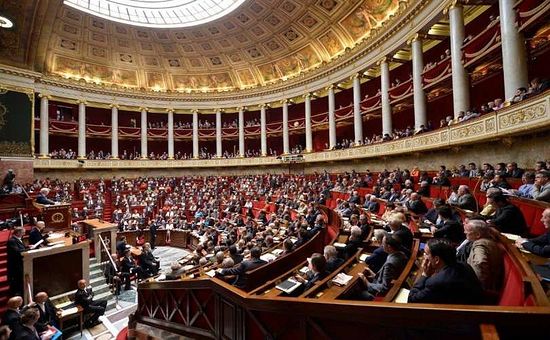 The French National Assembly voted on Thursday to target websites “spreading misleading information” on abortion, punishing those operating them by up to two years in jail and a $30,000 fine. The wording of the legislation is loose enough that any electronic or online means of calling attention to the dangers of abortion and trying to dissuade parents from killing their children could become a target, reports LifeSiteNews.

All left-wing representatives present and a number of centrists voted for the legislation in a show of hands, putting an end to the failed negotiations between the Assembly and the Senate which sought for less severe wording. With the passing of the legislation, pro-life speech is effectively outlawed, following on a series of infanticide laws that have made it a purely elective and fully publicly-funded “fundamental right” in France over the past five years.

Essentially, France’s current socialist government came to realize that Google searches were leading women to pro-life groups, and so they set about putting an end to women learning that other options exist for them. The Ministry of Health put up a government information page that gives details on nothing but how to achieve an abortion and denying that abortions can have any negative side effects. It charges pro-life sites with merely masquerading as information sites. Nothing is offered to help expectant mothers.

A predecessor law was adopted in 2001 making it illegal for pro-lifers to speak to women planning to have an abortion or hold demonstrations near abortion clinics. Dr. Xavier Dor, an elderly and nearly blind pro-lifer was heavily fined for giving knitted baby boots to a woman he met in the public stairway at the Paris Planned Parenthood.

Minister of Health Marisol Touraine has said that only those sites seeking to deter women from abortion without identifying themselves as pro-life will be targeted, but the wording of the law allows for its use against any site with any “information” that shows the horrible truth of abortion. Health and government officials and judges will have the power to decide what is “misleading.”

In effectively banning pro-life sites that teach women about alternatives to abortion, the French National Assembly has publicly punched a hole through the pro-abortion mantra that “abortions should be safe and rare,” showing instead that they prefer that women have abortions. France: 5,000 Euro fine for Bible quote
A court has ordered a French politician to pay a fine of 5,000 euros for Bible quotes regarding homosexuality during an interview.