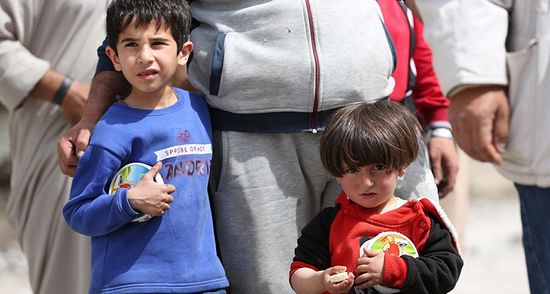 His Holiness Patriarch Kirill has blessed and urged Moscow parishes not to give him flowers for his upcoming name’s day on May 24, but instead to give the money to the Russian Church’s latest fundraiser for the stricken people of Syria, reports the press service of the Moscow Patriarchate.

Secretary of the Moscow Patriarchate’s Department for External Church Relations Igumen Stephen (Igumnov) announced at a special meeting of the Synodal Charity Department on May 17 that Church fundraising for those suffering in Syria has begun with the blessing of Pat. Kirill.

The representatives present at the meeting discussed the need for a prompt delivery of the first part of the humanitarian aid to Syria. The collected funds will be used to purchase essentials and medical supplies. It is planned that the cargo will be shipped in the second half of June to those areas whose populations are experiencing the most acute need of humanitarian aid.

The head of the patriarch’s press service Fr. Alexander Volkov announced His Holiness’ desire that donations be made in lieu of flowers. “Funds will be directed to the appropriate trust account of the Synodal Department for Church Charity and Social Service,” the priest stated. Donations will be accepted from all desiring to contribute, Fr. Alexander added.

Pat. Kirill made the same plea last year before his 70th birthday, asking parish rectors to donate funds to the St. Alexis Central Clinical Hospital, instead of presenting him with flowers. About $44,000 were donated and used to purchase medical equipment which will enable an uninterrupted supply of medical oxygen for artificial ventilating lungs during surgical operations and in resuscitation units.