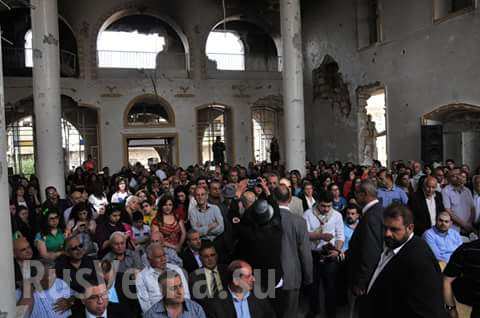 Peace has begun to reign to the west of Damascus following the military operation that forced terrorists to leave the Wadi Barada valley. The restoration of a peaceful way of life continues there in the cities of Al-Zabadani and Madaya, including the renewal of Orthodox life, reports Russian Spring.

This area of Syria is known as Paradise, for the beauty of its nature and climate. According to local legend, it is there that Cain buried his brother Abel after slaying him. 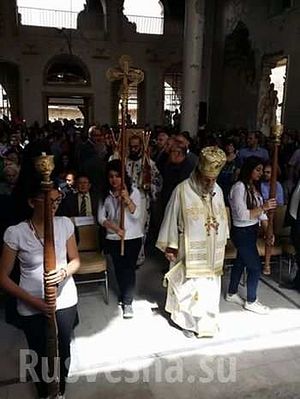 These places have been the scene of armed conflicts for six years. Militants of the al-Nusra Front and their allies had established their own rule there. Tens of thousands of peaceful citizens were forced to flee their hometowns. Despite this suffering, Russian Spring writes, Western propaganda has made Al-Zabadani and Madaya symbols of the fight against the “Damascus regime.” But the irreconcilable militants left from Wadi Barada in March, and from Zabadani and Madaya in April for Idlib. Those who remained behind regularized their status and became ordinary citizens again.

After driving the terrorists out, the Syrian army regained control over 80 miles of border with Lebanon, putting an end to drug smuggling there. To date, about 20,000 people have returned to the Paradise area, despite considerable damage. The water and electricity supply has been restored, and the government, the UN, and the Russian Center for reconciliation of the warring parties in Syria have established a supply of food, medicines, and basic necessities.

Thanks to the Syrian army’s victory and the expulsion of the Islamic terrorists, the first Divine services in six years were recently celebrated in the Church of the Dormition in the town of Al-Zabadani. Russia’s anti-terror initiative backed by Arab countries
Russian president Vladimir Putin called for an international coalition aimed at eliminating terrorism in his December 2015 state-of-the-nation address, saying, “We must leave all arguments and disagreements behind and make one powerful fist, a single anti-terror front, which would work on the basis of international law under the aegis of the United Nations.” ISIS destroys Iraq's oldest Christian monastery, satellite photos confirm
St. Elijah's Monastery stood as a place of worship for 1,400 years, including most recently for U.S. troops. In earlier millennia, generations of monks tucked candles in the niches, prayed in the chapel, worshipped at the altar.
Comments
×