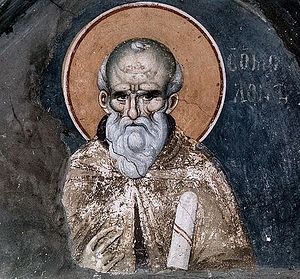 According to His Holiness Catholicos-Patriarch Ilia II of Georgia, he has spent a lot of time contemplating the idea of building a seminary and hotel in Lechkumi in northwestern Georgia, where the relics of St. Maximus the Confessor are kept, to help increase the number of foreign visitors coming to the area to venerate the holy places and objects, reports pia.ge.

“There are few spiritual figures who have left such an indelible trace on the Christian world as has St. Maximus the Confessor,” His Holiness stated on the “Public Broadcaster” show.

St. Maximus’ relics were uncovered in Georgia in 2010. Their authenticity was confirmed after several years of analysis and announced at the Fifth International Theological Conference held in Tbilisi in 2015, which gathered scientists, researchers, and Church figures from Serbia, Greece, Russia, the UK and Australia to discuss the life and activities of St. Maximus the Confessor (c. 580-c. 662; feast: August 13/26).

St. Maximus was persecuted by Byzantine Emperor Constans II, undergoing torture and being exiled, with two disciples, to Western Georgia, where he was buried in the city of Tsagrei, the regional center of the historical region of Lechkhumi.