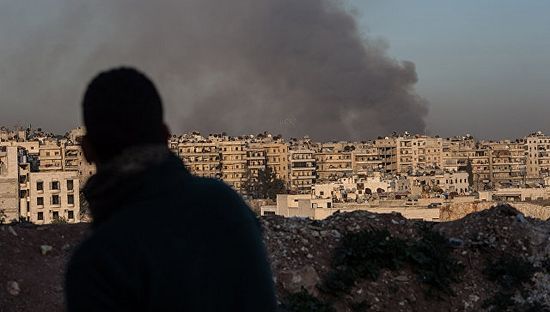 Russian military doctors in Aleppo, Syria have helped more than 60,000 civilians, Major General Sergei Kisel, the commander of the forces in Aleppo, stated at a recent meeting attended by local residents. Many of them thanked the Russian military medics for their help, reports RIA-Novosti.

As Kisel noted, “240 military doctors from all ends of Russia—from Sevastopol to Khabarovsk—daily assist the wounded and the sick, the elderly, women and children, victims of shelling and of militant attacks.”

“Russian military specialists have given qualified medical assistance to more than 60,000 Syrians and performed more than 1,500 complex operations, many of which have saved the lives of ordinary people who were unable to get proper medical care in the warring country,” he said.

In turn, the head of the Committee of Defense and Security of the Aleppo General Malik Aliya stated that “the personnel of the special purpose medical detachment and the field hospital have taken an active part in providing medical assistance to the many civilians who have suffered from the attacks of illegally-armed formations.”

“The military medics have risked their lives and embodied the courage and heroism of Russia soldiers as an example of true devotion,” Aliya added.

Aleppo Province Governor Hussein Diyab also stated that the military physicians are priceless for the city, noting that the military hospital has worked closely with Syrian employees in the health sector to help in refugee centers and liberated towns. “The residents of the city of Aleppo will constantly remember the military doctors with a real sense of respect and brotherhood,” Diyab said.

Doctors of the Russian special forces were deployed to Aleppo when there was fighting with the terrorists on the outskirts of the city. The military doctors received a daily average of 100-150 residents, but there were days when this number reached 300. Representatives of the order would also leave a few times a week for other settlements in the region, where they received patients and distributed medicine.