Miracles of St. Mark of Ephesus in the Twenty-First Century 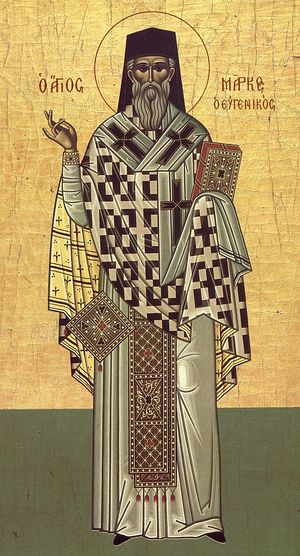 St. Mark of Ephesus
On January 19/February 1 the Orthodox Church honors the memory of St. Mark, the metropolitan of Ephesus—a great defender of Orthodoxy, by whose mind, labors, and prayers the efforts of the whole Church council, which introduced the disgraceful union with the Latins in the fifteenth century, were brought to naught. However, few are those who know about the miracles the saint has performed both long ago and which he continues to perform today. These twenty-first century miracle accounts presented below were recorded by clergy of the Church of St. Mark in a suburbs of Athens.

The saint takes care of the building of his church

When the workers, erecting a church to the saint, had successfully labored, and the whole process was in the final stage, they discovered a lack of funds, and there appeared the danger that further work would stop, and the construction efforts at would become futile. The priest was very upset and he called on St. Mark for help, who assured him that the next day a man would come bringing a significant sum of money for the continuation of the work (and he even named a concrete sum). And indeed, the next day, a gentleman from Vouliagmeni1 came to the church, asking whether it was the Church of St. Mark, and asked to speak with the priest. The priest replied that he already knew what he wanted. Then this unknown man revealed that the previous night some monk had appeared to him in a dream, introducing himself as Mark Evgenikos,2 and he ordered me to monetarily help in the building of his church in Lower Patisia.3 The man obeyed the saint and brought as a gift to the priest the exact sum that St. Mark had named the night before. Thus, they were able to start the construction work on the church again.

The saint appeared and told about the existence of his church

One pious man from Kypseli had a custom of making a pilgrimage to all the churches on their patronal feasts, but he didn’t know about the existence of St. Mark’s Church. Once, when he went to the bakery, he saw some monk who gave him a prosphora and told him to bring it to his church the next day. The startled man asked him, “Who are you, elder? Where is your church?” The saint answered him, “I am Mark of Ephesus, and my church is in Lower Patisia,” and gave the man clear directions for how to get there—which road would lead him to the church. And indeed, this man, who knew of neither St. Mark nor the existence of the church in his honor, followed his directions and arrived at his church, precisely as the saint himself had told him. Similar situations, when the saint appeared to people who didn’t know about him and directed them to his church are known from other witnesses as well, for example, from one woman from New Philadelphia.

The saint performs a miraculous healing

In 2005, one young man of twenty years by the name of George was suffering from some rare disease. He needed a difficult operation. There was a high probability of failure, and it was entirely possible that he would remain paralyzed for his entire life. His mother would fervently and tearfully prayer to God for her son’s healing. Then her sister called her and said that some unknown monk had appeared to her, presenting himself as Mark of Ephesus and said, “Tell the young man’s mother: ‘I will operate on George, don’t worry.’” And truly, the operation the next day, despite the difficulties, was successful. During the operation, some unknown monk appeared among the doctors, saying that he was a friend of the family named Mark. During especially difficult moments, he showed the doctors how to proceed. The young man recovered, and he himself and his family went to church to tell about what happened and to thank the saint.

In another case, in 2004, a young woman from New Philadelphia was fervently praying to get pregnant—that God would grant her a child. One night, during her time of prayer, a monk appeared to her and said that his feast was January 19. He asked her to go pray in his church in Lower Patisia and said that he would hear her prayer. The woman did so, and within three days she conceived and later gave birth to a healthy baby, and since that time she always goes to thank the saint on his feast day. 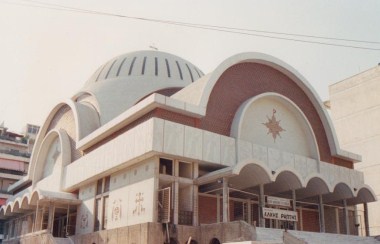 The Church of St. Mark of Ephesus

The saint saves a child from a car

There was a family crossing the road in front of the Church of St. Mark. At some point, the parents weren’t paying attention to the child, and a passing car hit him. The frightened parents cried out and ran over to him, fearing the worst. However, they were astonished to see the young boy getting up and smiling, telling them that just as the car was getting close to him, an old man in black lifted him high into the air and saved him. The parents immediately understood that St. Mark had saved their child from certain death, and went into his church to thank the saint.

3 In the Athens region. St. Mark the Archbishop of Ephesus
Commemorated on January 19/February 1 Medal of St. Mark of Ephesus instituted as award of Department for External Church Relations

Medal of St. Mark of Ephesus instituted as award of Department for External Church Relations
The medal will be awarded to both cleryg and laity for achievements in external Church activities.
Comments
×