The War, the Cow, and Father Seraphim. A True Story 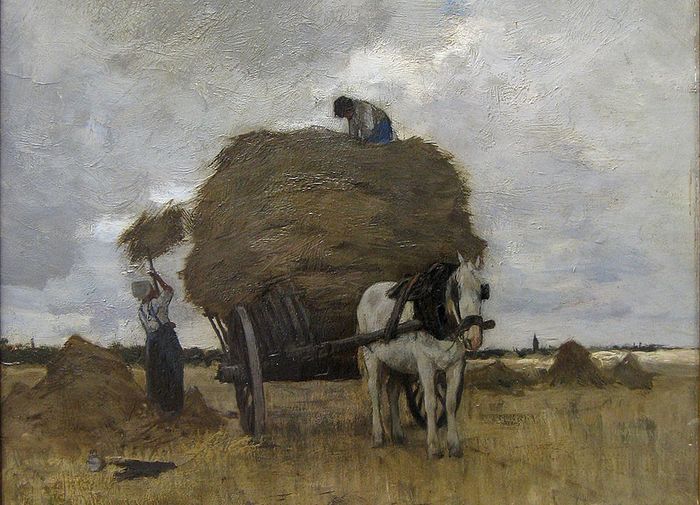 Warm streams of fresh milk kept tenderly splashing against the milk-pail. Sitting on a small bench, Manya [a diminutive form of the name Maria, often used in rural areas of Russia] was milking her cow Zorka (meaning “dawn”), recalling how she had to go cap in hand to Ivan, her husband’s brother, earlier that morning. Her husband Andrei had been fighting in the war [the Second World War] for two years and God had kept him from sudden death at the battlefront. Though he didn’t write much about the war, he wondered in every letter how Manya and children were living there alone. They only knew that he served as a signaler and was slightly wounded, but after undergoing treatment at a hospital he quickly returned to the battlefront.

Manya did household chores and took care of three small children and her elderly mother-in-law. Though she was illiterate, her native inborn wisdom and businesslike character helped her in day-to-day life. In spring they obtained land in a forest company [leskhoz in the Soviet Union], sowed it with potatoes, and in autumn went to Kuybyshev1 to sell them in the market. Thus they managed to buy a new pair of trousers for Kolya [a diminutive form of the name Nikolai] before the beginning of the school year, along with a blouse for Valyusha [a diminutive and affectionate form of the name Valentina] and some calico print for Manya’s new apron. Her husband liked so much to see her puttering about in the kitchen in a beautiful apron.

But the main “provider” in their family was Zorka, a kind and gentle cow. It could always recognize Manya’s mood. It had only to lick her with its rough tongue and Manya’s sorrows vanished as if by magic. Now her heart ached for Zorka. There was a good hay crop that year, the children had cut a lot of hay in the meadows, but there was nobody to transport it to their house.

Ivan, Manya’s brother-in-law, didn’t fight in the war. He worked as an accountant in a forest company, was a well-to-do man (for that time) and owned a horse. Manya made up her mind to go cap in hand to Ivan. After all, he was her relative.

However, her kinsman made Manya feel unwelcome and even didn’t invite her inside his home.

“What brings you here so early in the morning? What’s the matter?”

“Ivan Rodionovich, as you know, all the horses in the forest company are busy. Please, help us transport hay to our house. Heaven save us from rains! Otherwise the hay will spoil and the kids and I won’t survive the winter. May we borrow your horse for a few days?”

“Manya, I am snowed under with work, too. Once I have finished my work, we will see. But I cannot lend you a horse just now.”

Manya left her brother-in-law’s “mansion” in tears. At home the children were waiting for their mother for lunch and when she came back they understood everything without words. Each of them put a piece of rye bread aside—for Zorka. But, with the habitual household chores Manya’s sad thoughts disappeared. From time to time she gazed up at an icon of St. Seraphim of Sarov that she had inherited from her mother and whispered: “Help us!” 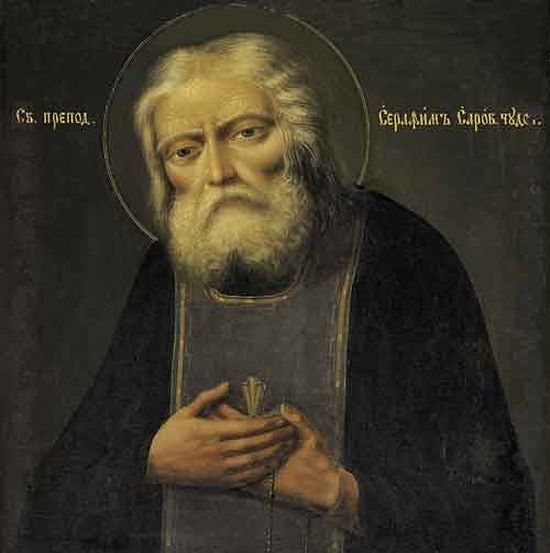 The Venerable Seraphim of Sarov

In the evening the family would always gather at a large dinner table. Having done all it had to do, the family relaxed and listened to Valyusha’s (the youngest of the children’s) reading. There was one book they treasured the most, which was entitled, The Life of Seraphim of Sarov. Manya inherited this book from her mother. She enjoyed listening to it very much. They read how Father Seraphim lived in the wilderness, how he prayed on a rock for 1,000 days, and how once he was attacked and almost killed by a band of robbers. After the reading Manya could hardly sleep during night, worrying:

“How could they call themselves peasants after that?! How could they raise their hands against such a good man?! They were pagans, not Christians!”

This is what Valyusha read over the evening:

“One day a simple peasant with a hat in his hand and with disheveled hair ran into the monastery and asked the first monk he was chanced to meet in despair: ‘Are you Father Seraphim?’ The monk told him where Fr. Seraphim was at that time. The peasant rushed there and fell on his knees before the elder: ‘Father! My horse has been stolen, and now I am absolutely poor. I have no idea how I will provide for my family. People say that you are clairvoyant.’ The saint touched the peasant’s head, put it to his own head and said: ‘Keep silent and hasten to such-and-such a village. As you approach it, turn right off the road and walk past the backs of four houses. You will see a gate there. Go through it, untether your horse from the trough, and lead it out silently.’ The peasant with joy and faith ran back without stopping anywhere. Later it was rumored in Sarov that the peasant indeed found his horse in the place indicated.”

Kolya jumped up from his seat and exclaimed:

“Mama! Father Seraphim helped all people! He will surely help us too, won’t he? Let’s ask him to help us with the horse!”

“My darling! I have absolutely no objections! Do pray to Fr. Seraphim together! Fr. Seraphim loved children dearly.”

Summer nights are short. Next morning somebody knocked at the gate. Manya opened it and saw her neighbor, Vasily Ivanovich. He was lame all his life and was not allowed to fight in the war.

“Manya, my wife and I have decided to help you!” he shouted joyfully. “We heard that Ivan turned you down. If the hay is damaged (God forbid!), how will you live through this winter? Cow’s milk is on its tongue [a Russian saying.—Trans.].”

His words made Manya so happy that they brought her to tears—tears of joy. The woman was aware that her neighbors had been given a horse for several days, and though they had their hands full, they nevertheless parted with the horse to help her out of trouble. The next day everybody was working joyfully and dexterously. Then it was Manya’s turn to receive a horse from the forest company. Thus the family brought the fragrant hay from the meadows, which was sufficient to fill the granary.

In autumn Manya managed to travel to Kuybyshev. There were only two active churches left in this large city, but the city folk were nevertheless happy to have them. In the village where Manya lived the only church had been closed back in the 1930s, so there was nowhere for its residents to go with their sorrows. Manya lit up the largest candle by the icon of St. Seraphim of Sarov—for herself and her children.

The winter was severe, but the family survived it. Zorka the cow did not disappoint them—she provided them with good, sweet milk, and the household lived on it through the winter.

As for Ivan, he was soon arrested, most of his property was seized, and he was sent to a labor camp in Kolyma. Soon Manya heard from him. Ivan wrote:

“Manya, I am so hungry here. Please, send me some dried potato peelings.”

Of course, Manya did send a parcel to him—her kind soul always responded compassionately to other people’s suffering… However, Ivan never returned home; he died in a strange land.

1 The name of the city of Samara between 1935 and 1991. Samara is a city and river port in SW central Russia, situated on the Volga at its confluence with the River Samara.
See also A Gift From St. Seraphim For The Days Of The Dormition Fast

A Gift From St. Seraphim For The Days Of The Dormition Fast
Elvira Shakhbazova
Various things are happening to me all the time. I have diverse and manifold stories to share. They are funny and sad, happy and unusual. There are a host of remarkable, miraculous occurrences and testimonies that we are not alone here, that we are loved by heaven and are cared for.

Great in the Lord is Seraphim
Father Seraphim and the American Heartland
In literally a few weeks, a group of Orthodox Christians established a parish in the Russian Orthodox tradition. This group included not only Russians but dyed-in-the-wool Americans. Today St Seraphim Parish also boasts Bulgarians, Serbs, Romanians and other Orthodox Christians.
Comments
×