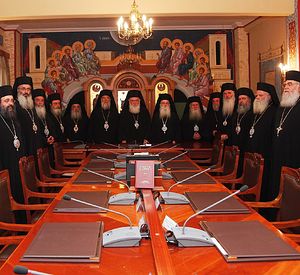 On January 10, the first working session of the Holy Synod of the Orthodox Church of Greece was held.

At the meeting the results of meetings with the government held in December 2011 were discussed. At these meetings, measures were discussed for the social protection of the population and the struggle with poverty.

The subject of the Synod’s discussion was the Church’s charitable activity and the state of its corresponding institutions.

The hierarchs expressed their concern over the economic situation of Greek citizens faced with decreasing incomes and rising taxes.