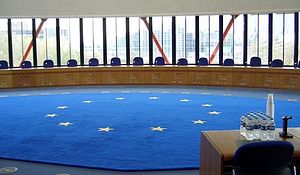 The Russian Orthodox Church is going to challenge in court a ban on wearing crucifixes, which was recently introduced in the UK. Russian priests, together with Russian lawyers, intend to help two UK women who were recently fired from work for wearing crucifixes and refusing to take them off.

The case of stewardess of The British Airways Nadia Eweida and nurse Shirley Chaplin is considered to be unprecedented by many people. Ms. Eweida and Ms. Chaplin have appealed to the Strasburg Court, calling their case a violation of freedom of religion.

“It sometimes looks like Europe’s secular authorities are trying to totally expel Christianity from Europe,” a representative of the Russian Patriarch’s Office in the Council of Europe Father Philip Ryabykh said in an interview with the Voice of Russia. “The Russian Orthodox Church cannot watch this without expressing its protest!”

“The decision of the Strasburg Court will apply to all countries that are members of the Council of Europe, including Russia, Ukraine, Belarus and Moldova – that is, countries where Orthodox Christianity is the most common denomination,” Father Philip says. “However, it is a tradition among Orthodox Christians to always wear a crucifix. If the Strasburg Court’s decision turns out to be not in favor of these women, this would create a precedent which, I believe, would be very dangerous. This may become a start of persecution against Christianity in Europe, which is an unheard-of thing in the whole of European history!”

Unfortunately, this is not the only case when UK employers order their employees not to wear crucifixes.

In an interview with the Voice of Russia, Father Mikhail Dudko, an Orthodox priest in London, said:

“Recently, a woman from my parish told me that her boss had ordered her not to wear a crucifix. She said to him: “Please allow me to wear it. I will wear it under my clothes, and nobody will see it.” He said: “There is a law that prohibits wearing a crucifix at work. Please obey this law!” The woman preferred to resign from her job.”

“This trend has appeared not only in the UK, but also in France and some other European countries,” Father Mikhail continues. “It resembles the persecution of religion after the Bolshevik revolution in Russia.”

The Russian Orthodox Church believes that initiators of such laws in Europe should be stopped as soon as possible. Otherwise, very soon, a total ban on any religion may be introduced all over Europe.

Recently, representatives of the Russian Orthodox Church, in cooperation with experts from the Russian Institute of State-Confessional Relations, worked out a document which justifies the right of Christians to always wear crucifixes both from the legal and the theological points of view, and sent this document to the Strasburg Court for review.

The Strasburg Court is planning to start hearings on the case of Nadia Eweida and Shirley Chaplin in early September 2012.