The exhibition, Icons and Manuscripts. The Greek presence in Messina from Medieval to modern times (Immagine e Scrittura. Presenza greca a Messina dal Medioevo all’età moderna), which is being hosted at the Regional Museum of Messina is running on with a great number of visitors. The exhibition includes byzantine icons from the collection of the Byzantine and Christian Museum of Athens. 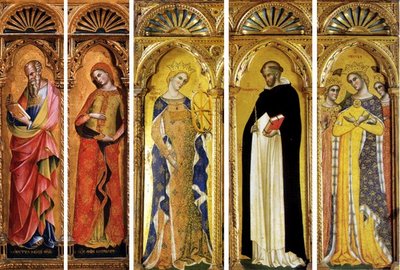 The exhibition includes the 41 icons which were transferred to Athens after the deadly earthquake of 1908, which completely destroyed the Italian city of Messina and the historical Greek Orthodox Church of Saint Nicholas, where the valuable icons had been exposed for almost three centuries. Almost the entire Greek community of Messina, which was one of the most active communities in southern Italy, decided to move to Greece.

Some of the topics of the 41 byzantine icons are the Almighty, the Martyr, Saint Catherine and the Birth of Christ.

The exhibition was organized by the Region of Sicily, the Federico II Foundation, the Sicilian Institute for Byzantine and Modern Greek Studies (ISSBI) and the Byzantine and Christian Museum of Athens, after language professor Daniel Makris’ proposition, and with the initiative of the Greek Community in Steno.

From May 26, the residents of the capital of Sicily, Palermo, will have the chance to visit the exhibition at the seat of the Region of Sicily, Palazzo dei Normanni (Norman Palace).