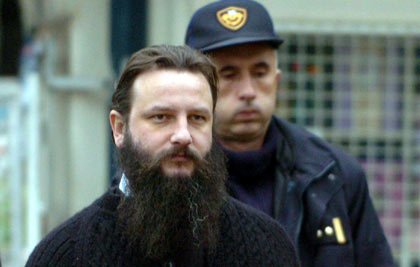 The Clergy have been allowed for the first time to visit imprisoned Archbishop Jovan (Vraniskovski) of Ohrid, head of the Orthodox Archdiocese of Ohrid, reports the official website of the Serbian Orthodox Church.

On August 23, 2013, for the first time over a year and nine months in prison, Archbishop Jovan has obtained a permit to meet with his brethren in faith; he has been visited in the Idrizovo prison by Bishops Joakim of Polog and Kumanovo, Mark of Bregalnica, and David of Stobi.

Earlier, the Hierarchs of the Serbian Orthodox Church who are close to him were each time refused a meeting with him, without any explanation for the refusal.

Archbishop Jovan has assured the Hierarchs who visited him that he is well, has forwarded his Archpastoral blessing to all the flock of the Archdiocese of Ohrid, and calls upon them to retain joy in their hearts under these very different life circumstances.

Archbishop Jovan is serving his sentence of 2.5 years on charges of alleged appropriation of Church funds during his stay in the jurisdiction of the Macedonian Orthodox Church, which is not recognized as a canonical jurisdiction in the Orthodox world.