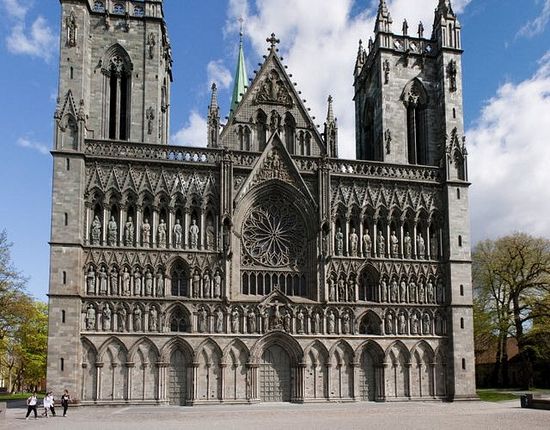 The General Synod of the Lutheran Church of Norway has denied same-sex couples the right to get married in the church, reports ITAR-TASS. The respective decision was supported by majority of votes at the meeting of the supreme representative body of the church, which ended on Tuesday in the town of Kristiansand.

Of the 116 Synod members with the right to vote, 51 members supported the proposal to marry same-sex couples in the church with 64 members voting against it. A few more, 54 members, have given their votes for acquisition by Norwegian pastors a right to sanctify marriages of homosexuals, who already have legitimized their relations by a civil ceremony, and for change of text of the respective service to indicate a possibility of unions between individuals of the same sex.

The issue of recognition of same-sex "marriages" became the order of the day for the Church of Norway as early as in October last year, when 8 of 12 bishops supported the opportunity for Norwegian gays and lesbians to have church weddings. Then Bishops of Oslo and More (the county More og Romsdal) reacted against their colleagues' initiative very harshly.

"I am pleased with the Synod's decision," noted Bishop Ingeborg Midtomme of More in her interview with the Norwegian press. "It demonstrates that the Church of Norway is not intending to change its views on the definition of a marriage as holy union between a man and a woman. The proposal in support of same-sex ‘marriages’ is radical."

Head of the Norwegian National Association of gays and lesbians Bord Nulund is disappointed with such the decision of the Synod, noting that the conservative sentiment among its members is still too strong.

"It is necessary, however, to remember that several years ago we could not think that nearly the half of the Synod members would support blessing by the church of same-sex unions," said Nulund in his interview with NRK (The Norwegian Broadcasting Corporation). "This means that we have many supporters, and within the next several years the situation can change radically".

Council members of all 11 Norwegian Dioceses (clergy as well as congregations), representatives of a number of other church organizations, such as the Church Council, which is responsible for preparation of holding of annual Synods, the Ecumenical Council, and the Sami Church Council take part in the work of the General Synod.

The Norwegian legislation has allowed registration of civil partnerships of homosexual couples since 1993. In 2009, the government of Social-Democrats under Jens Stoltenberg passed the law, which legalized official registration of civil marriages between representatives of the same gender and allowed the possibility for these couples to adopt children. 13 Gay Bakeries Refuse to Make Traditional Marriage Cake With the Message: 'Gay Marriage Is Wrong'
Despite anti-discrimination laws in many states that require Christian bakery owners to bake cakes for same-sex weddings, 13 LGBT and gay-owned bakeries objected to one man's request when he asked if they'd make a pro-traditional marriage cake that would read "gay marriage is wrong." 10 of 13 Newest EU States Reject 'Gay Marriage'
Since 2004, 13 nations have joined the European Union and 10 of them either prohibit or do not recognize homosexual marriage, while the remaining three allow some legal "partnership" recognitions but not on the same level as heterosexual marriage.
Comments

Janine Adam5/15/2016 8:58 am
The church needs to reject a legal, man-made "open marriage" between any 2 people for the purpose of including same-sex couples. Marriage is a public, life-long commitment to the behavioural practice of sexual intercourse- "one flesh"- (mind-bogy-soul), excluding all others for the benefit of children. This is a fundamental practice since the beginning of time and in all cultures because it is the only way to have natural, biological children