On November 23 the Georgian Orthodox Church celebrated the St. George’s (Giorgob) Day. Great Martyr George the Victory-Bearer is venerated as patron-saint of the Georgian people and is particularly loved in Georgia, reports Gruzia Online. 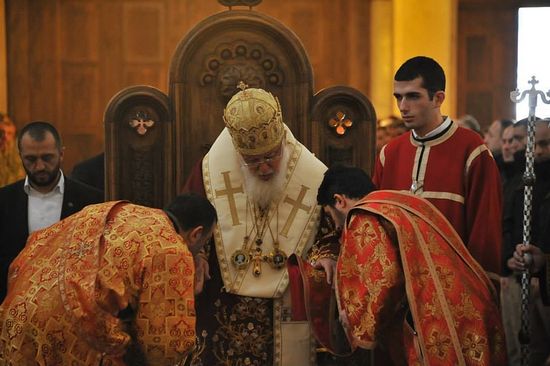 On this day His Holiness Catholicos-Patriarch Ilia II of All Georgia celebrated a festal service at the Holy Trinity Cathedral. 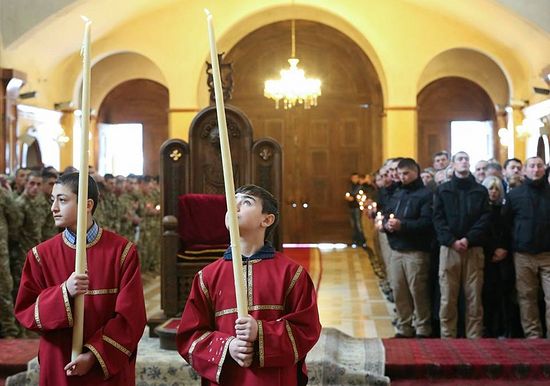 The Georgian president and prime minister were present at the service. They came to the cathedral together with their families. 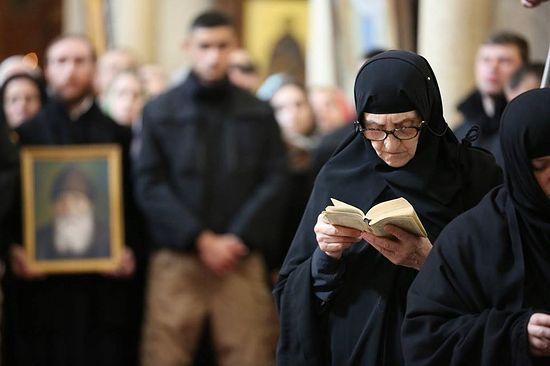 The day before it was reported that on the occasion of St. George’s Day, Georgian president Georgy Margvelashvili had granted presidential pardons to 121 convicts.

According to the presidential order, 93 prisoners were to be released on that day, and punishment was mitigated for 28 more convicts. In addition to this, the prison sentence was reduced by half to one felon convict.

There were three women and three minors among those pardoned.

In Georgia, St. George the Victory-Bearer is commemorated twice a year: on November 23 (the Breaking on the Wheel of Holy Greatmartyr George) and May 6 (the Beheading of St. George). St. George Ribbon recalls Russian heroism
In preparation for this holiday, you may start to see a particular orange and black striped ribbon appearing on cars, posters, bags, purses, and even our own correspondents and news anchors. If you’re asking yourself what it means, then we are here to explain the importance of that small striped ribbon. The Holy and Great Martyr George
Once, when he heard in a court the inhuman sentence concerning the annihilation of Christians, St. George became inflamed with compassion for them. Foreseeing that sufferings were also awaiting him, George distributed his property to the poor, freed his slaves, appeared before Diocletian and, having revealed himself as a Christian, denounced him for cruelty and injustice. George's speech was full of powerful and convincing objections against the imperial order to persecute Christians.
Comments