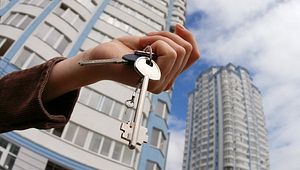 The Russian Church promises to spare no effort to settle the problems of mortgage debtors provoked by the ongoing crisis.

"Certainly, we'll petition for them. Today, after a meeting with organization of people, who took out a mortgage in foreign currency, we're thinking over the form and the addressee of the petition. But we will certainly make such a petition," head of the Synodal Department for Church and Society Relations Archpriest Vsevolod Chaplin said on air The Eternity and Time program at the Spas TV channel.

He also hopes that both society and state will be able to help people "who are crying in despair."

"People are not obliged to know the cobwebs of the bank product they were offered. These people are not guilty, they are in the deadlock. If some of them commit suicide, it's our shared guilt," the priest stressed.

He has recently met with a group of mortgage debtors. A Divine Liturgy with special prayers for mortgage debtors was celebrated in the Church of St. Nicolas Church on Three Hills, where Father Vsevolod is the rector.

State Duma MP Andrey Krutov speaking on air the same program stated that the Central Bank had entirely opted out of the currency mortgage market, though "it is irresponsible to say that it is a conflict of business units, it is your problem, you - which is 50-70 thousands of our citizens, are just stupid."

"We're working hard to change this situation. And there is no need to commit suicides. I'm absolutely sure that we'll be able to find the way out of this situation and help people in this difficult situation," she said.

The deputy points out that they are working on a draft law about obligatory opportunity of at least one restructurisation of any mortgage loan. Bulgaria to finance repairs of Athonite Zografou Monastery
The Commission for religions of the National assembly of Bulgaria has unanimously voted for financing of repair in the Bulgarian "Zografou" Monastery on Holy Mount Athos.