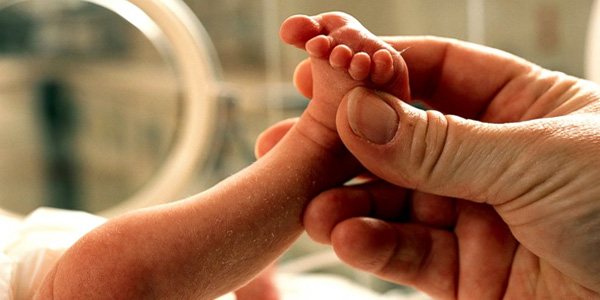 A leading pro-life activist says the fifth undercover video depicting Planned Parenthood’s alleged profiting off the sale of aborted baby parts is the clearest evidence yet of criminal activity, and she also says it’s possible that abortion providers are delivering babies alive and killing them outside the womb to preserve the value of their parts for sale.

Jill Stanek is national campaign chairwoman for the Susan B. Anthony List. She is a former registered nurse who confronted then-State Sen. Barack Obama over his refusal to support legislation requiring life-saving measures to be directed to babies who survive abortions. Stanek was also one of the leaders of the sit-ins at the office of House Speaker John Boehner this year to demand a vote on the Pain Capable Unborn Child Protection Act.

On Tuesday, the Center for Medical Progress released the fifth in a series of undercover videos. This one prominently featured conversations with Melissa Farrell, director of research for Planned Parenthood Gulf Coast. Farrell and the investigators hold lengthy discussions about obtaining intact fetus cadavers for research and how to word the transaction on any forms.

“If we alter our process, and we are able to obtain intact fetal cadavers, we can make it part of the budget that any dissections are this, and splitting the specimens into different shipments is this. It’s all just a matter of line items,” says Farrell in the video.

She also refers to creative billing for research firms for “additional time, cost (and) administrative burden.”

“This is the clearest video to date demonstrating that not only is Planned Parenthood involved in illegal baby parts trafficking for profit but also, to do that, they clearly often manipulate abortions, which is also illegal, to get baby parts in the most intact position that they can get them,” Stanek said.

Another critical moment in the video is when Farrell shows investigators a massive online order for intact cadavers.

“She read an order on camera that had just come in for 120 intact fetal cadavers and she accepted the premise of that order without even blinking,” said Stanek, who noted that the story gets even more disturbing.

“It didn’t make the final video cut, but in the full-length transcript, when she’s talking about this buyer that wants 120 fetal cadaver specimens, it’s for a project to humanize mice, putting human cells into mice,” she said.

Listen to the WND/Radio America interview with Jill Stanek:

One of Planned Parenthood's common defenses in recent weeks is to claim that any money it receives from companies is simply reimbursement for tissue procurement and shipping. Stanek said that's bogus.

"So all of the costs and all of the personnel involved in baby parts buying and selling is incurred on the part of the buyer. Planned Parenthood doesn't do anything to warrant even $5," she added, noting that intact cadavers are worth hundreds and hundreds in payment to Planned Parenthood because of all the body parts that are valued by researchers.

"These videos are actually giving us a glimpse into the abortion world and the callous treatment for profit motive they have on committing abortions but then making as much as money off the victims of abortion that they can, which is something even the Nazis didn't think of," Stanek said.

The Center for Medical Progress promises more shoes will drop in future video releases. While Stanek has no advanced knowledge of those, she believes a case is building that babies are being murdered outside the womb as part of Planned Parenthood's efforts to profit off of body parts.

"[They are] even potentially committing live-birth abortions because they don't kill these babies ahead of time because that would poison the organs and not make them fit for sale," Stanek said. "There's prima facie evidence that there may be born-alive abortions going on." 8 States Open Probe Into Planned Parenthood
'Abhorrent practice' funded by 39 U.S. companies
In the wake of two undercover videos exposing Planned Parenthood executives’ nonchalance in discussing prices for “donated” baby body parts, momentum is increasing in Congress to defund the organization, which is the leading provider of abortions in the U.S. But it’s not just Congress that Planned Parenthood has to worry about. Kansas became the eighth state Wednesday to also open an investigation into the abortion provider. Planned Parenthood Black Market Baby Dealer: “I Want a Lamborghini”
In another shocking video a top Planned Parenthood official haggles over the price of tissue specimens from aborted babies, admitting it's for her own profit. When Death Comes to Dinner

When Death Comes to Dinner
The Orthodox Church has been the greatest agent of human development in history. The story of the Church is the story of the world. However, not all chapters of this story are full of joy and celebration. There is often pain and suffering. After all, there is no resurrection without the cross, and the defeat of death and the descent in Hades go hand in hand.
Comments
×