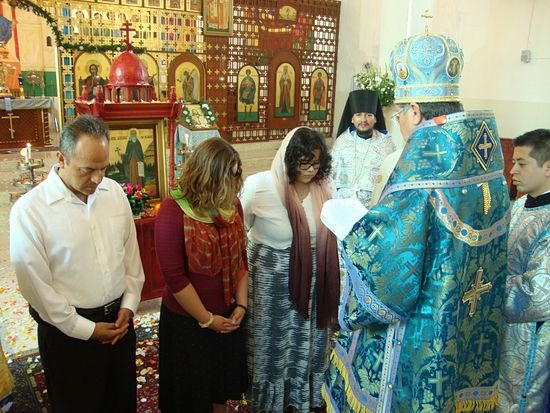 With the blessing of His Eminence, Archbishop Alejo of the Orthodox Church in America’s Diocese of Mexico, Archpriests Ted Pisarchuk, Jacksonville, FL, and Antonio Perdomo, Pharr TX, ministered alongside the region’s clergy, Hieromonk Serafin and Hierodeacon Silouan. Joining them were Rosa Perdomo and Helena Denise Cuellar, also from Pharr, TX, and Martin Esquivel, Fairfield, CA. 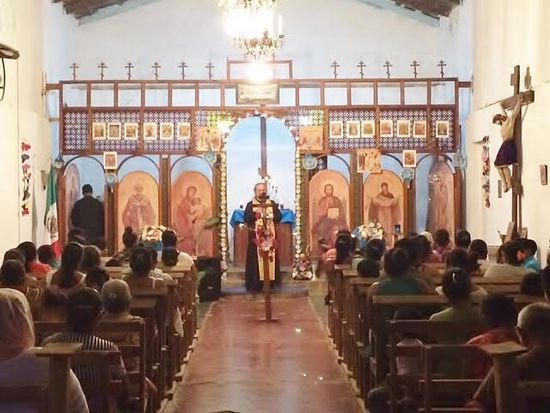 “As in the past, our team was received with great enthusiasm,” said Father Ted. “Every year the children look forward to participating in our summer camp, while the adults enjoy short talks on the Orthodox Christian faith offered after services. And, as always, the villagers offered warm hospitality and delicious local foods.”

San Esteban is a remote subsistence village where “the residents grow their own corn, black beans and fruit,” Father Ted explained. “Most everyone raises chickens, and the food is truly organic and fresh! Homes are mostly built of concrete block with corrugated metal rooms. Many homes do not have indoor bathroom facilities, and where there is running water, it consists of one-quarter inch polybutylene pipes, akin to garden hoses, that run down the side of the road or are suspended from poles. Transportation is mostly by foot or horseback, while burros function as pickup trucks.”

In addition to their work in San Esteban—one of over 80 villages in Hidalgo on Mexico’s Gulf Coast—the team undertook a survey of the outlying Orthodox villages to see what assistance might be offered to enable indigenous clergy to more effectively serve their flocks. 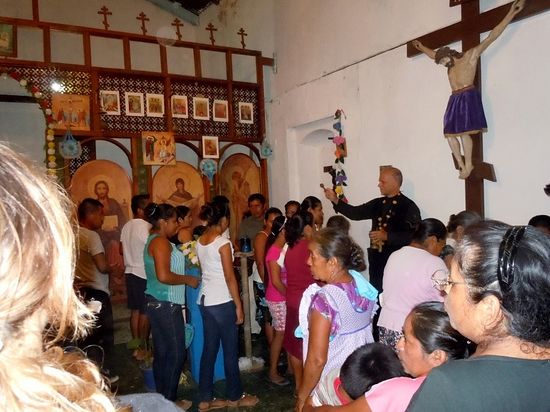 “Local lore relates that this region of Mexico initially was evangelized by a Father Armin in the early 1920s,” said Father Ted. “Before his death in 1960, he had planted about 12 parishes, including those in San Esteban, Pisaflores, Benito Juarez, and elsewhere. Father Armin is buried in Pisaflores, where community members care for his grave and hold his memory in great esteem.”

After Father Armin’s death, Father Jesus Gutierrez arrived and served the people until his death in 1986.

“These men faithfully served their flocks and intervened with government officials to bring electricity and bridges to their towns,” Father Ted related. “After Father Jesus’ death, there was a lack of clergy to serve the local faithful until 2000, when Father Antonio—now Archbishop Alejo—moved to Pisaflores for one year, traveling by foot and horseback to serve area parishes. After he had been called back to Mexico City’s Ascension Cathedral in 2001, he continued to serve area parishes weekly for the next three years, traveling over nine hours each way by bus, boat, foot and horseback.”

Today, Hieromonk Serafin has taken up residence in the humble rectory in Pisaflores. 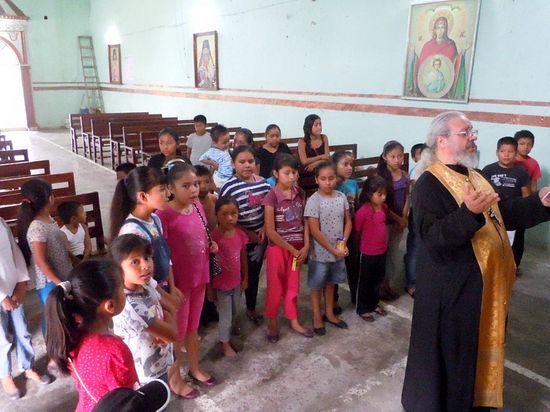 “A second, equally humble rectory, funded in large part by an OCA Church Planting Grant, is now is being built in San Esteban,” Father Ted said. “Father Serafin plans to use these two villages as a home base to serve the outlying villages.

“Because our churches have been underserved, evangelical Protestants have effectively proselytized many of the region’s Orthodox Christians,” Father Ted continued. “With a resident priest in the area, the last barrier to effective ministry—the ability to travel to these remote rural villages on a regular basis—can be overcome. Many villages are unmapped and are located along slow going stone roads.”

To visit these villages, Father Serafin depends on others, and he often must hire a driver.

“Instead of visiting parishes once every two months, as he does at present, Father Serafin could serve two or three parishes a week if he had a vehicle,” explained Father Ted. “To this end, the 2015 OCA-OCMC mission team members, with the blessing of Archbishop Alejo, are raising funds to purchase a used four-wheel drive vehicle for the sole purpose of serving these 12 parishes.” [Those interested in learning how they can help this effort may contact Father Ted at sjmrector@gmail.com.] 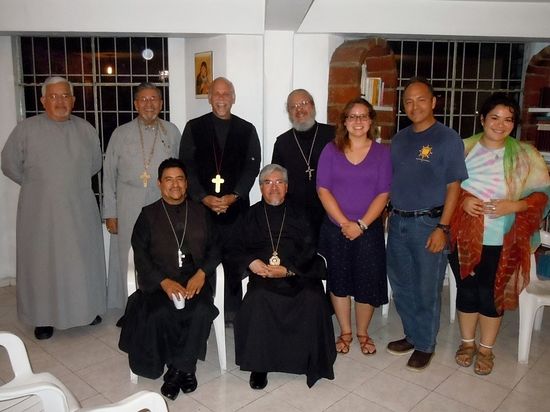 The team also is collecting mounted icons that can be sent to the villages. Established parishes or individuals with “extras” are invited to send them to Father Antonio Perdomo, 520 West Rosemary Ave, Pharr, TX 78577-0667, who will see to it that they are delivered.

“We hope that when the 2016 OCA-OCMC mission team returns to San Esteban, we will be able to deliver a reliable used vehicle and adorn the village churches with icons,” Father Ted concluded.

Those who would like to participate in next summer’s mission team may contact Father Ted at the e-mail address noted above or OCMC at 904-829-5132. Interview with His Grace Bishop Panteleimon of Orekhovo-Zuevsk, President of the Synodal Department of Church charity and social work of the Russian Orthodox Church
Bishop Panteleimon of Orekhovo-Zuevsk
- In my youth, after finishing school, I was tormented by the question of the meaning of life. I read a great deal, trying to find an answer. I thought that one could find truth through art. But one day, as I was passing by a hospital, I thought that maybe one of the ways to find the answer to this angst-ridden question could lie in working in a hospital, side by side with people and their sufferings. So I decided to be an orderly. A Miracle of the Lord: A True Story of Faith
Simona Georgieva

A Miracle of the Lord: A True Story of Faith
Simona Georgieva
Erkhan was a Moslem, but the more time he spent with the Christian Stoyan, the more he saw the priest’s striving to do good, the more he wanted to change his religious views. Spending time with Fr. Stoyan and other priests, Erkhan saw them serving molebens, and he began to secretly go to the church and pray for Tanya and himself. "I Will Protect My Parishioners No Matter What."
Interview with Schema-Hegumen Nektariy

"I Will Protect My Parishioners No Matter What."
Interview with Schema-Hegumen Nektariy
When you live in a foreign country, and you have to speak a different language, you need to look for your own roots, for your own culture, for your own people, and preserve it to know that you belong to something. Ninety eight percent of our parishioners are Russian women – newcomers from Russia. Most are married to Mexicans, and have children who are either not baptized, or baptized Catholic. It is a difficult process to help the families become Orthodox.
Comments
×