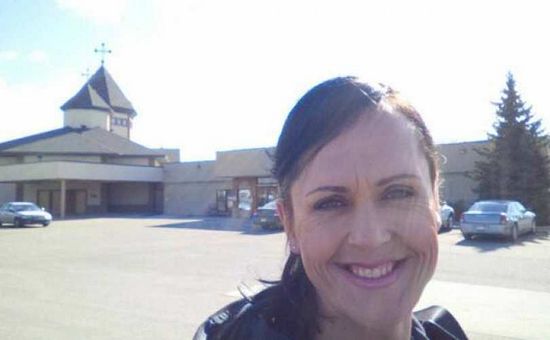 A biologically male transgender activist who says he is now female is claiming that his transition is not only supported by his local Ukrainian Catholic bishop, but that he has been encouraged to continue receiving Holy Communion and has been assured that when he dies, he will receive the Christian Rite of Burial as a ‘she.’

Marni Panas — born and baptized as a male but who legally changed his name from Marcel to Marni in 2014 to fit with his perception of being a female — wrote in the Edmonton Journal this week that Edmonton Eparchial Bishop David Motiuk offered nothing but support when he said the bishop personally invited him to discuss his transition to female.

Panas, who is married and the father of children, is currently campaigning to have the Edmonton Catholic school board allow gender neutral washrooms and is pushing it to adopt a controversial transgender policy that would allow boys to share with girls — and vice versa — changing rooms, shower-stalls, and hotels during overnight field-trips. He has as appeared on mainstream media outlets and in various social forums to push the acceptance of the transgender agenda on Catholic schools.

Panas writes that when he asked the bishop if he would be welcome to practice his faith after he transitioned, his bishop replied: “My answer is an overwhelming yes. As a church, we need to be welcoming to all. We are taught to show kindness and compassion for each other.”

When Panas asked if he would be able to continue receiving Holy Communion, what Catholics believe to be the actual body and blood of Jesus under the appearance of bread and wine, Bishop David allegedly quoted Pope Francis, saying: “The Eucharist, although it is the fullness of sacramental life, it is not a prize for the perfect, but a powerful medicine and nourishment for the weak.” Pants then wrote that the bishop added: “It is not intended to be a reward for the perfect, and no person is, but it is a means to bring us closer to God.” 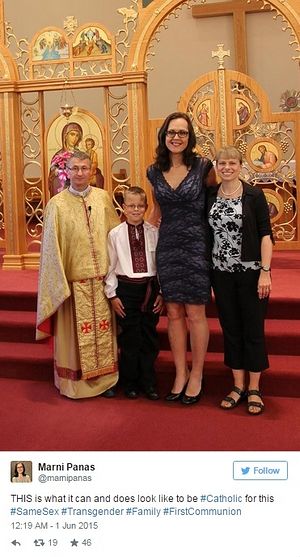 When Panas asked about how he would be referred to in the Christian Rite of Burial, which is gender specific, the bishop allegedly replied: “Well, after March 21, you will be Marni and we will call you a she.”

When LifeSiteNews contacted Bishop Motiuk to ask if Panas’ words about their meeting were accurate, his secretary Olga Nakonechny responded that because the conversation between the bishop and Panas was confidential, he “will not give any comments about the article.”

Panas also wrote that his parish priest has been supportive of his transitioning as well. Father Janko Herbut, pastor of Exaltation of the Holy Cross Ukrainian Catholic Parish where Panas attends services, did not respond to LifeSiteNews’ request for comment.

But a Ukrainian Catholic priest in the Edmonton Eparchy told LifeSiteNews under condition of anonymity that it is an “outright lie” that Fr. Janko Herbut supports Panas and his transition. 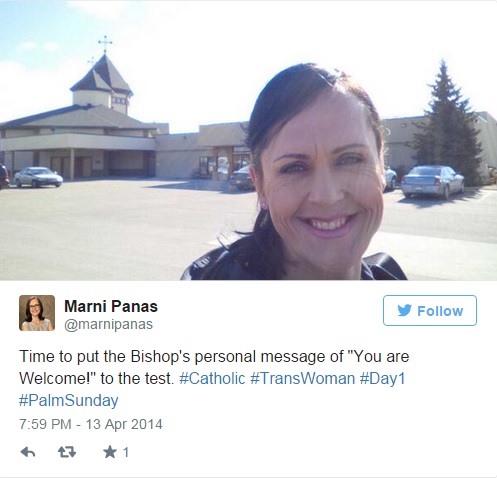 “This is troubling Fr. Janko tremendously in his conscience, giving communion to this fellow, which might be under the directive of Bishop David. He doesn’t agree with it at all. He’s going through hell with this thing,” the priest said.

“There are no priests in our Eparchy who are in favour of this. One family I know was so upset about this that they left the parish and went to another parish.”

The priest said he wished Bishop David was “more forthright and proactive” in making a clear statement about what the Church teaches about attempting to transition to the opposite sex.

“It’s directly against the fifth commandment — ‘thou shall not kill’ — because it’s mutilation. It’s clearly contrary to God’s will,” he said.

The Catholic Church teaches that God created humans as male and female and that God does not make mistakes. “Everyone, man and woman, should acknowledge and accept his sexual identity,” states the Catechism of the Catholic Church.

Pope Francis has on numerous occasions condemned gender theory, calling it an “error of the human mind that leads to so much confusion.” 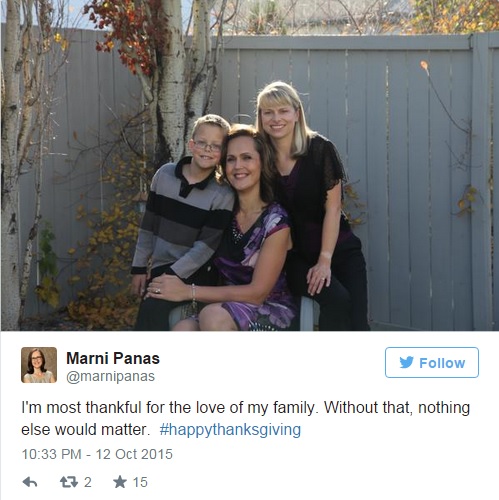 Critics of transgender “transitioning” argue that rudimentary biology indicates that genuine gender transformation is not possible since surgery and hormones can never fully duplicate the anatomy and the functioning of the opposite sex. A biological male who is castrated and undergoes the construction of a pseudo-vagina is not able to ovulate, conceive, and bear children, no matter how many surgeries and hormone supplements he is given. It is also impossible for him to change his male YX chromosomal pair to the female XX chromosome pair.

Dr. Paul McHugh, former psychiatrist-in-chief of Johns Hopkins Hospital, states that people who struggle with their gender at birth need mental help, not hormones and surgery.

“In fact, gender dysphoria—the official psychiatric term for feeling oneself to be of the opposite sex—belongs in the family of similarly disordered assumptions about the body, such as anorexia nervosa and body dysmorphic disorder. Its treatment should not be directed at the body as with surgery and hormones any more than one treats obesity-fearing anorexic patients with liposuction. The treatment should strive to correct the false, problematic nature of the assumption and to resolve the psychosocial conflicts provoking it,” he wrote in an article appearing in The Public Discourse in June.

A Ukrainian Catholic parishioner in the Edmonton Eparchy told LifeSiteNews under condition of anonymity that many Ukrainian Catholics in the Eparchy are sickened by the way Panas has blatantly used the Church as a prop to advance an agenda that is contrary to the Christian understanding of the human person.

The parishioner said that people are disturbed that Church leadership has refused to confront and deal with the abuse, but rather seem to be supporting it.

The parishioner said that Panas has not only been given roses from the parish on mother’s day, but that he has occasionally helped his wife — both dressed as women — lead a Sunday school program for children.

“Having children exposed to, and at the same time placed under the authority of an individual who is living contrary to the teachings of the Church is unsettling, confusing, and scandalous. It is a scandal for our Church leadership to encourage someone to indulge in the delusion of thinking he is a woman while he is really a man. In the end, this will only harm the individual and cause untold confusion to the faithful,” the parishioner said.

Fr. Jeffrey D. Sephaniuk, a Ukrainian Catholic priest in the Eparchy of Saskatoon and editor of Saskatchewan Choose Life News, called gender transitioning “heresy,” because it indicates that “God somehow made a mistake” in creating someone with a male or female body.

“No one in this heresy, not even God, can say if someone is male or female until they make that choice themselves, a choice that is facilitated by a doctor and paid for by taxpayers, giving medical practitioners and government greater god-like powers than God himself,” he told LifeSiteNews.

Sephaniuk said that attempting to transition gender is contrary to the teachings of the Catholic Church, which has strong teachings against mutilation of the body, and that a bishop should not be encouraging a man to masquerade as a woman.

He also said that no one should approach Holy Communion who refuses to cultivate a true Christian charity that consists in love of God, love of neighbour, and love of self.

“Reconciliation with oneself, as made by God (either biologically male or female), would be essential before approaching the sacrament,” he said.

"Sex Change" Surgery: What Bruce Jenner, Diane Sawyer, and You Should Know
The dark and troubling history of the contemporary transgender movement, with its enthusiastic approval of gender-reassignment surgery, has left a trail of misery in its wake.