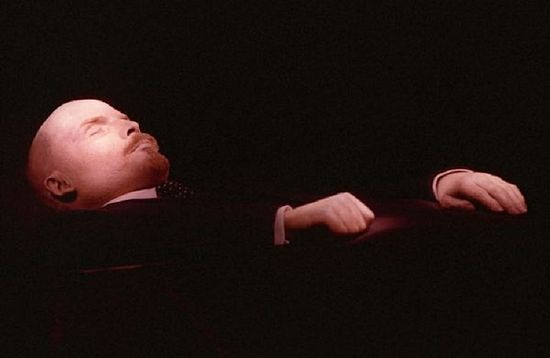 Russian State Duma Deputy Ivan Konstantin Sukharev - a member of the Liberal Democratic Party of Russia (LDPR) - has introduced to the State Duma, a bill urging his colleagues to resume the debate on the burial of Vladimir Lenin and the transfer of his body to one of Moscow's cemeteries. His bill also calls for the elimination of the cemetery where prominent Bolshevik and Soviet officials are buried near the Kremlin wall in Moscow.

According to Sukharev, the purpose of drafting the bill is necessary - “for the creation and promotion of the new symbols of Russia, reflecting the historical stage of unity, awareness of national identity of Russians building a democratic state, free from the domination of ideology - whose symbol remains Lenin’s mausoleum.”

"Russia cannot be considered a modern civilized state as long as a corpse remains in Red Square - the main square of the nation - the existence of Lenin’s mausoleum is simply unacceptable. Further, the misery and deprivation which Lenin’s actions and policies brought down upon his people and the state are incalculable," - said Ivan Sukharev.

He also notes: "In my view, Lenin in the history of Russia is quite unique. We know that during the 22-year reign of Nicholas II, that Russia's population increased by 60 million people. After Lenin seized power the nation experienced revolution and a Civil War, the population decreased by at least 30 million - clearly a very negative statistic in the history of our nation. "

The bill also notes that many descendants of immigrants who wish to return to our country, are so far unable to do so, identifying the mausoleum of the Bolshevik regime leader that had brought so much suffering to their families.

"The proposal to bury the remains of Vladimir Ulyanov (Lenin) has long been supported by the hierarchs of the Church. Further, the existence of Lenin's mausoleum is incompatible with the religious traditions and Russian society's growing desire for Christian values" - is also stated in the draft law.

Note: Many Russian citizens and politicians believe that the Bolshevik government came to power by criminal means, and that Lenin personally gave the order to murder Tsar Nicholas II and his family in 1918. Further, he is responsible for the deaths and suffering of millions of innocent people when he unleashed the Civil War and the Red Terror that followed. His hatred towards religion led to the endless violence against the Russian Orthodox Church. Lenin also signed the shameful Treaty of Bretsk-Litovsk with Germany on March 3, 1918/ 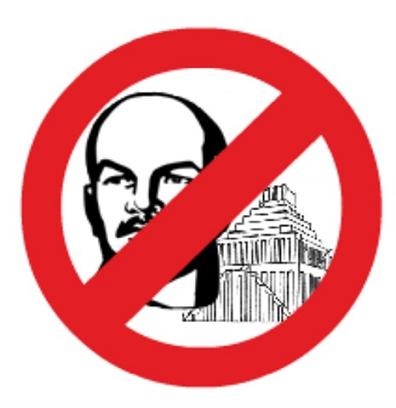 When Will They Bury Lenin?

When Will They Bury Lenin?
Vasily Pisarevsky
The data from recent polls in social networks is even more indicative. 67% of all users of the popular Russian social network VKontakte voted for burying him, as did 85% of the Facebook users who participated in the polls conducted on the RIA Novosti platforms. So how do people push forward an issue that seems to have reached a dead end but which troubles the obvious majority of Russian citizens regardless of political or religious convictions? This was the topic of the press conference.

Russian Church calls for condemnation of Stalin, Lenin crimes
A remembrance service for victims of Soviet-era repressions was held by the Solovetsky Stone on Moscow Lubyanskaya Square on Monday. Theomachy of Leninism
Victor Aksiuchitz
The topic “Lenin and Religion” has got various treatments, but each time its analysis was too narrow. Partially because of activities of Lenin himself, who called for fighting with religion as an ideology of the ruling classes that fuddled and enslaved common people; he believed it was necessary to change social conditions, publish antireligious literature and conduct antireligious propaganda.
Comments
×