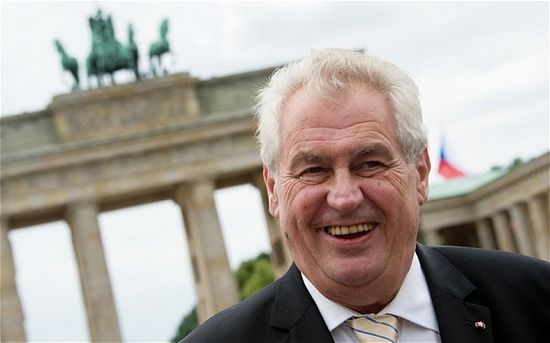 Czech President Milos Zeman said today (January 17, 2016) that it was "practically impossible" to integrate the Muslim community into European society, according to the AFP (Agence France-Presse) website.

"The experience of Western European countries which have ghettos and excluded localities shows that the integration of the Muslim community is practically impossible," Zeman said in a television interview.

"Let them have their culture in their countries and not take it to Europe; otherwise it will end up like Cologne," he added, referring to the hundreds of New Year's Eve sexual assaults on women in Germany and elsewhere in Europe.

Earlier this month, Zeman claimed that the influx of Muslim refugees into Europe was masterminded by Egypt's Muslim Brotherhood, saying the radical Islamist group was using money from several nations to finance it, in a bid for Muslims to "gradually control Europe." Syrian Refugee Crisis Spotlights Anti-Christian Bias of Obama Admin
While it is demonstrably true that only a minority of Muslims commit these terrorist acts, it is also undeniable that all the terrorists claim to be part of the religion begun by the Prophet Muhammad in Arabia in the seventh century. Not any of these terrorists are either Christians, Jews, Hindus, or Buddhists.

Europe's moral and spiritual vacuum invites acts of terrorism
Iben Thranholm
These days the media are overflowing with comments and analyses of last Friday’s terrorist attacks in Paris. One particular angle is consistently ignored – or banished: religion.
Comments
×