The World’s Debt to the Old Testament 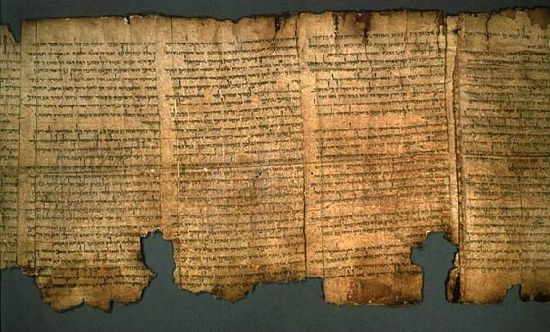 Many people nowadays question the relevance of the Old Testament and the contribution it can make- if any- to society as a whole. Some attack it and disapprove of it. They are making a grave mistake. The Old Testament is God’s second gift to us after that of reason and self-determination. While other peoples were still fighting shadows in the dark, the Israelites were conversing with God. While other nations were speculating about God and attempting to locate Him in multi-faceted idols, Israel was coming to terms with Him. While other nations were sacrificing their children to appease God, Israel was singing psalms and hymns to God and was concerned about how to reduce the distance that separated them from Him.

In days gone by, the texts of the Old Testament guided the people away from times of barbarity through to a relatively enlightened society. In the realm in which the people of God functioned, with such “building materials” as they found, they laid the foundations of the enduring religious sense of the world.

The books of the Old Testament are read multifariously and exude an air of confidence in God and indicate how this trust can restored when it has been shaken. In our relations with God, each of us is Jewish inside, to this day.

The Christian Church should never forget what it owes to the Old Testament and to the people of Israel, our “custodian until Christ came”. There have been extreme times when it has forgotten, and has then acted in ways that were both unchristian and inhumane.

It is time to start discussing the Old Testament and to respect its contribution to society as a whole. To have an understanding of this requirement, try removing from world legislation, from morality, from art, from human decency, what the Old Testament has contributed and then you will realize how appallingly impoverished and pointless the world would be. If you tried to read the New Testament with no previous knowledge of the Old, you would not understand more than a few fragments.

Like it or nor, “they are Israelites, and to them belong the adoption, the glory, the covenants, the giving of the law, the worship, and the promises. To them belong the patriarchs, and from their race, according to the flesh, is Christ (Rom. 9, 4-5). We need to remember that always. And to recognize it. From the Side of Adam, from the Side of Christ: the Creation of Eve and the Spiritual Life
A Study on the Book of Genesis
Jesse Dominick
This sixth Bible Study on the book of Genesis covers the creation of Eve on the sixth day of Creation. In it we discuss several relevant topics including the status of Adam and Eve in the Church, the meaning of Eve's creation from the rib of Adam, experiences of God in Scripture, relationships between parents and children, the makeup of man, the role of desire and pleasure in the spiritual life, and much more. You are the Crown of Creation: The Creation of Adam
Jesse Dominick

You are the Crown of Creation: The Creation of Adam
A Study on the Book of Genesis
Jesse Dominick
This fifth Bible Study on the book of Genesis covers the creation of Adam on the sixth day of Creation. In it we discuss several topics surrounding the creation of man, including what it means to be in the image of God, what it means that God "formed" man of the dust, the integral unity of man's body and soul, man's unique position as the summit of creation, and much more. "After His Kind:" The Second and Third Days of Creation
Jesse Dominick

"After His Kind:" The Second and Third Days of Creation
A Study on the Book of Genesis
Jesse Dominick
The Fathers tell us there are boundaries of nature. Everything in creation is not fluid, going where it wills. Everything is defined by God, in the mind of God. Everything has its logos. This is why the Fathers emphasize that kind reproduces after kind and that the boundaries of nature can’t be broken down—you can’t break down the nature of dogness and make something new—because it’s defined in the mind of God. The Hidden Gospel: A Study on the Book of Genesis
Introduction
Jesse Dominick
The whole of the Gospel can be found in the book of Genesis in a hidden form. It is important because it shows us how God intended man to be, it shows us why we’re in the condition we’re in now, and therefore it helps us to understand why we need Christ—what is it that we need to be saved from. The prophecies of Christ begin immediately after the Fall. If you study Genesis and read the Fathers’ commentaries you can basically learn the entirety of the Orthodox faith.
Comments

I'm not aware of any time that the Orthodox Church has "forgotten" the Old Testament, seeing as we read from it frequently, and read the Psalms in literally every service. Apparently the author of this brief and vague article seems to think that the Orthodox Church in fact somehow collectively has "forgotten" the Old Testament at some definite points in history, and then, the Church acted in ways that are "unchristian and inhumane." I'm not sure what Met. Anthimos is referring to here, but he must have something in mind. Too bad he couldn't have been more specific.

He says here, "Like it or not" why would we not like it? The ancient Hebrews were given the Covenant through Moses. What's not to like? When the Israelites killed the prophets and rejected and slaughtered Christ on the Cross, the Covenant passed to all peoples who "put on Christ." The Orthodox Church is Israel. I think that most if not all Orthodox people understand this. What is the point of this article?
×