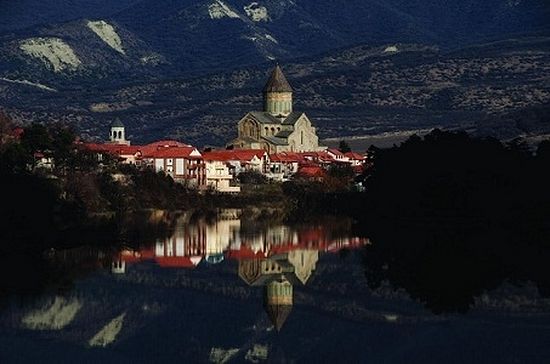 Svetitskhoveli Cathedral is known as the burial site of Christ's mantle. Photo: http://agenda.ge/

Today Orthodox Christians in Georgia are celebrating Mtskhetoba-Svetitskhovloba, a celebration of Georgia’s ancient capital city and its legendary cathedral.

Svetitskhoveli Cathedral, known as the burial site of Christ's mantle, is a Georgian Orthodox cathedral located in the historical town of Mtskheta, 20km northwest of the nation's capital Tbilisi.

It is one of the principal worship sites of the Georgian Orthodox faith and the place where many local monarchs have been crowned and laid to rest.

Each year on this day believers and guests traditionally visit Mtskheta.

Svetitskhoveli has long been the principal Georgian church and to this day remains one of the most venerated places of worship. Svetitskhovloba pays homage to this Cathedral, whose name means 'Life Giving Pillar. 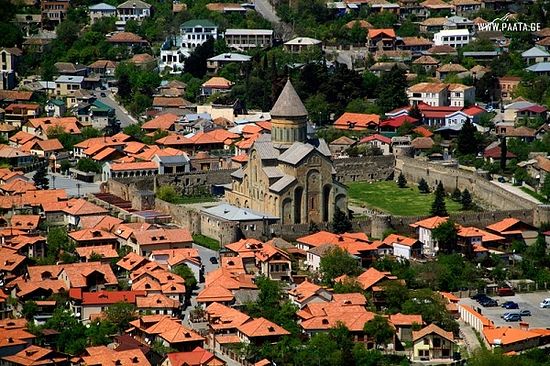 Svetitskhoveli is the second largest church in the country after Tbilisi Holy Trinity Cathedral. Photo by paata.ge.


The current Cathedral was built in the 11th Century by Georgian architect Arsukisdze, although the site itself was even older and dated back to the early 4th Century and was surrounded by a number of legends associated primarily with early Christian traditions.

It is the second largest church building in the country, after the recently consecrated Tbilisi Holy Trinity Cathedral. It is listed as a UNESCO World Heritage Site along with other historical monuments of Mtskheta.

The original church was built in the 4th Century AD during the reign of Mirian III of Kartli (Iberia). Saint Nino, Equal to the Apostles and the Enlightener of Georgia, a woman who preached Christianity in Georgia, was said to have chosen the confluence of the Mtkvari and Aragvi rivers as the place of the first Georgian Church. All Saints of Georgia
Commemorated December 11/24
Archpriest Zakaria Machitadze
Saving examined the history of Georgia and the hagiographical treasures attesting to the faith of the Georgian nation, we become convinced that Heavenly Georgia — the legion of Georgian saints, extolling the Lord in the Heavenly Kingdom with a single voice — is infinitely glorious.
Comments
×