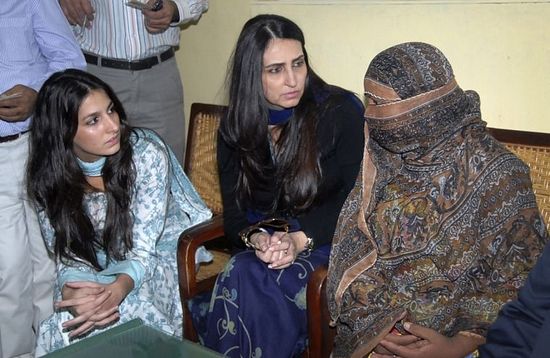 Asia Bibi (R) was sentenced to execution in 2010 after being accused by her former colleagues of blaspheming against the Prophet Mohammad. (PHOTO: REUTERS)

A global petition in support of Christian mother of five Asia Bibi has reached over 540,000 signatures, according to the American Center for Law and Justice. The group is urging Christians to continue to show their support for the Pakistani woman whose only crime was her faith in Jesus Christ.

"Asia's only crime was affirming her faith in Jesus Christ. Her firm stand for her Christian faith has cost her dearly. Her case is a controversial one, with radical Islamic clerics calling for her to be hanged," the ACLJ said in an update on its petition.

"This controversy, however, does not excuse Pakistan from honoring its international and domestic legal obligations. Asia is still on death row, her fate is still uncertain, and Pakistan's Supreme Court has yet to reschedule her hearing," it added.

Bibi has been imprisoned for seven years as she waits for her case to be resolved. The mother of five has been on death row since 2010 after a group of Muslim co-workers accused her of insulting the Muslim prophet Muhammad, something which she denies.

Bibi was supposed to find out in October at a final appeal hearing at Pakistan's Supreme Court whether or not she will be executed, but that decision has been delayed after one of the senior judges who was set to preside over her appeal suddenly resigned.

Local media said that Justice Iqbal Hameed recused himself from the case earlier in October, without giving a specific reason. 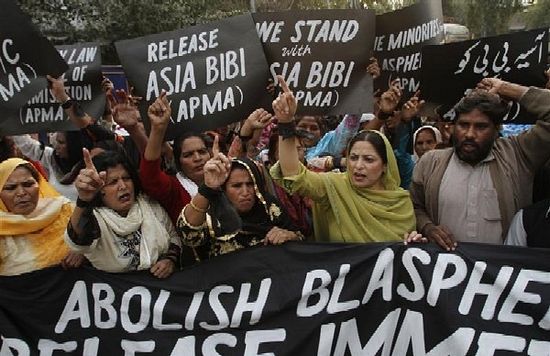 
The ACLJ noted that the Supreme Court has yet to reschedule her hearing, and the Christian woman's fate remains uncertain.

The conservative law group has also sent letters to Jalil Abbas Jilani, the ambassador of Pakistan to the United States, expressing its dismay with the delay of justice for Bibi.

"As we stated before, Asia's arrest, imprisonment, and death sentence violate international agreements Pakistan has ratified without reservations. Asia has already spent seven years in prison waiting for the final outcome of her case," the letter to Jilani stated.

"This is utterly unconscionable in light of the well-known fact that most blasphemy cases are based on false accusations, followed by faulty investigations and trials full of errors. This is precisely what happened in Asia's case," it added of the recent delay.

Other advocates, such as Wilson Chowdhry, chairman of the British Pakistani Christian Association, suggested that Hameed "did not want to face the outright condemnation that people in the West would have for his sentencing of Asia Bibi to death by hanging."

"Every day that passes I fear that she will either be killed in custody and that her death will be masked as a natural death, or that she will finally fail her Supreme Court hearing — as this would be the most popular decision in a country riven with hate," he wrote.

"Sadly that position is even held by much of the judiciary (officials) who have also been blinded by the hate agenda promulgated through media and the education system in Pakistan." Christians Urged to Help 'Save Christian Mom Asia Bibi From Execution' in Petition to Pakistan Supreme Court
Bibi was sentenced to death in 2010 on allegations of blasphemy after two co-workers accused her of insulting the Muslim prophet Muhammad. Earlier this week, the Supreme Court set a date in October for her final appeal hearing to determine whether she will be executed or not. Christian Mother Asia Bibi Needs Fervent Prayer More Than Ever as Her Condition Steadily Worsens in Pakistan Prison
Asia Bibi, the Christian mother of five who was sentenced to death in Pakistan, needs fervent prayer more than ever, as she is living in horrific conditions and is faced with constant pressure to embrace Islam. Despite constant persecution, Bibi refuses to deny her Christian faith. Geoff Roberts11/1/2018 11:48 am
I am not a Christian but injustice is injustice in whatever faith, language or geographical position. This woman is not a criminal.

Catherine Sullivan12/27/2016 4:01 pm
I would like to see petitions started in all of the major countries, which would impact the financial status of Pakistan.
I am thankful that the leader of the Orthodox Church in Russia is protesting the case of Asia Bibi, but the seven years of her imprisonment have proven yet again Pakistan's lack of respect for religions not Muslim.
Perhaps, though, Pakistan would respond more if those who believe ALL should have the freedom to worship as they chose should refuse to purchase Pakistani goods, shop in stores that sell them, or support pro-Pakistani causes until this state-supported policy comes to an end.
If you are familiar with how to set up such a petition, consider helping with this?
×