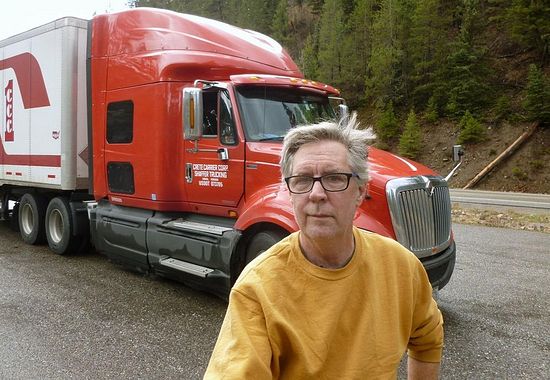 After visiting the Svyatogorsk Lavra in Ukraine’s Donetsk region an Orthodox Christian from the USA, Vasily Baters, got into a car accident but remained miraculously unharmed. The pilgrim’s wife Tatiana told the Lavra’s superior Metropolitan Arseny of Svyatogorsk about the miracle in a letter.

“After arriving to Chicago he was driving home at night and fell asleep at the wheel. So, travelling 140 km/h (about eighty-seven mph), he crossed two traffic lanes on the highway and hit a concrete barrier. The car cannot be repaired, while Vasily escaped unscathed. We can explain it only as the intercession of the Mother of God,” the woman wrote.

In the letter Vasily Baters also thanks the Lavra for the cordial reception in summer 2016 and for the joy of fellowship with the brethren. 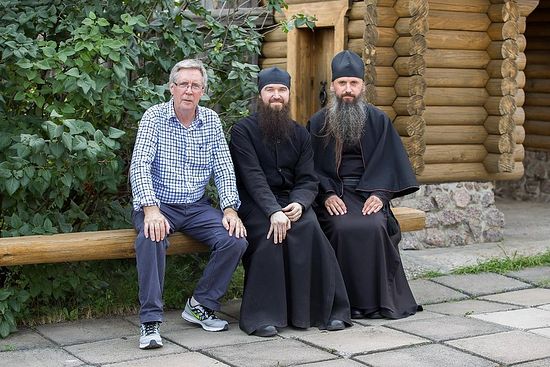 “I cannot express in words my joy of being the most unworthy, in such a holy place. Every day I spent about ten hours participating in Divine services. I cannot understand the Russian language, but not a single minute in the services was in vain. I was blessed to spend more time at the Divine services here than did going to Liturgy for nine years in America after being baptized into Orthodoxy in the Ukrainian Orthodox Church,” Vasily noted. 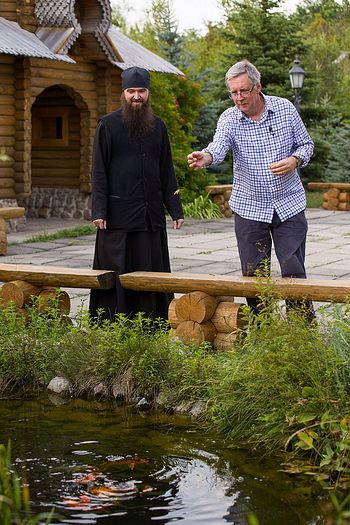 “My eight day stay at the Lavra was amazing from the first minute I walked through the entrance gate… All the monks and novices of Svyatogorsk Lavra turned out to be the kindest and most amazing people I have ever met. Those whose names I don’t know were just as kind and amicable to me as those whom I was fortunate enough to get to know. I would like to extend my appreciation and gratitude to all of them!” the American stressed. 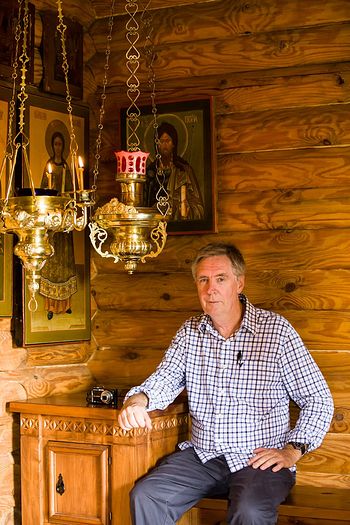 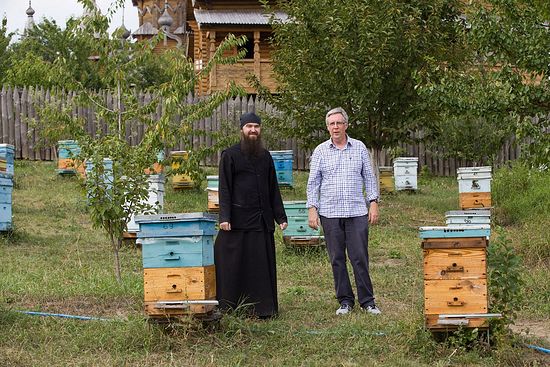 Cross procession in honor of St. John of Shanghai in Svyatogorsk, Ukraine