Source: Diocese of the Midwest (OCA) 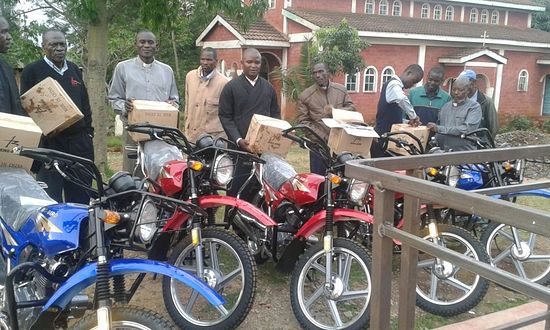 In November 2015, His Grace, Bishop Paul initiated a diocesan-wide drive to raise funds to purchase ten motorcycles for Orthodox Christian clergy ministering in Kenya, in partnership with the Orthodox Christian Mission Center [OCMC]. The drive aimed at raising $10,000.00. 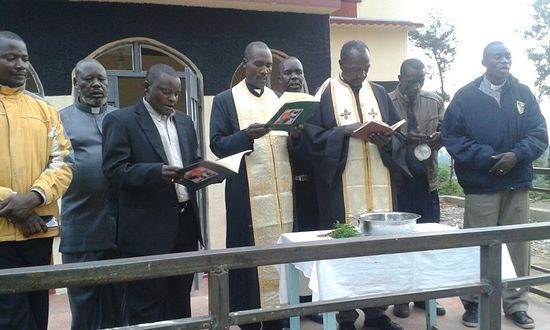 “When I had learned that many Kenyan clergy had to walk great distances to minister to their flocks, a light went off, and I asked myself, ‘what can we as a diocese do to help the Kenyan clergy?’” Bishop Paul said. “I thought this was a worthy project that was well within our abilities as a diocese to address.”

The drive resonated well with parishes, families and individuals in the Diocese of the Midwest — so much so that within months, a total of $31,128.50 had been raised. Subsequently, at an OCMC pre-lenten dinner at Saint John the Baptist Greek Orthodox Church, Des Plaines, IL in March 2016, Bishop Paul presented a check to a very grateful Priest Martin Ritsi, OCMC’s Executive Director. 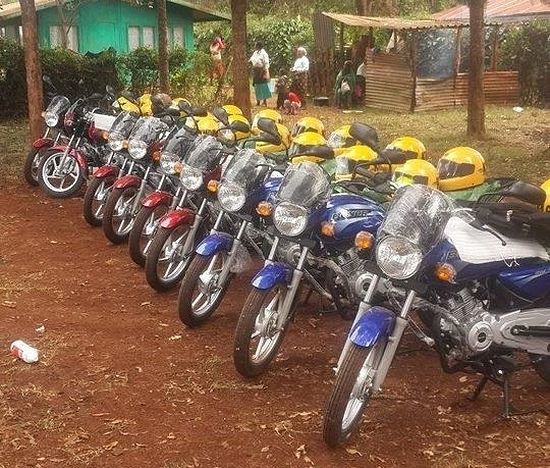 According to Father Martin, $16,243.00 was sent to His Grace, Bishop Athanasios of Kisumu and Western Kenya in May 2016, making it possible to purchase 16 motorcycles. During the next two months, $13,000.00 was sent to His Grace, Bishop Neophytos of Nyeri and Mount Kenya, making it possible to purchase 13 more motorcycles. Additional funds are slated to be sent to His Eminence, Archbishop Makarios in the near future. 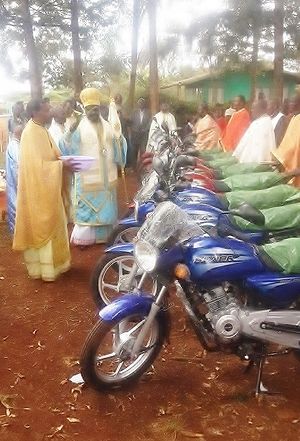 Photo: http://domoca.org/
“This was really a wonderful effort, making life easier for the clergy who receive the motorcycles, who preciously had to travel by bus, bicycle or foot to serve their people,” said Father Martin. “But much more than making their lives easier, it enables them to reach further and more frequently to minister to their flocks and reach new peoples who are thirsting for Christ around them. I think this is the greatest benefit that will come from this gift, and I thank you for making it possible.”

“The thing that spoke most to me was seeing a photo of Bishop Neophytos sitting on one of the motorcycles with a big smile on his face, and another in which he is surrounded by his vested clergy who were going to receive motorcycles,” he said. “This brought joy to me to know that by our modest gift, we were able to provide concrete assistance to the Kenyan clergy, who function in far more difficult circumstances than we do here. Thanks so much to those in our diocese who contributed and made this possible!”

Diocese of the Midwest (OCA) Bishop Paul presents $31K check to OCMC to buy motorbikes for Kenyan clergy
“I am, in a sense, speechless by the response of our parishes and faithful,” said Bishop Paul, “and I wish to thank one and all, from the bottom of my heart, for their generous, responsible and selfless stewardship."
Comments