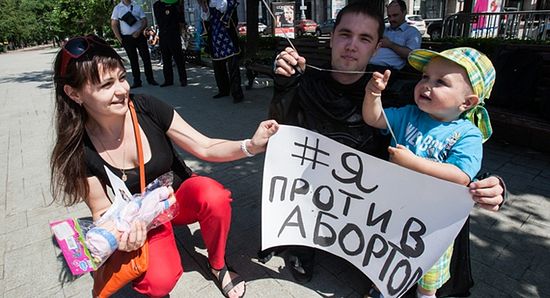 Only real measures to support women and families in need are capable of changing the current situation with abortions in Russia and lowering abortion rates, Chairman of the Synodal Department for Church’s Relations with the Society and Mass Media Vladimir Legoida believes.

In his article, published in the Izvestiya newspaper, Vladimir Legoida noted that “much has been done of late in Russia to prevent abortions from further killing the happiness of many women and men.”

“Abortion rates are dropping, the social factors for abortions have been reduced to a minimum—from eleven to one,” the head of the synodal department said.

However, the ultimate solution to this problem, in the Church representative’s view, depends on “measures to support women and families in need.” And, according to him, “many public organizations are taking part” in the implementation of these tasks.

As Vladimir Legoida has noted, the Russian Orthodox Church is not indifferent to this issue either.

“The Russian Orthodox Church has proposed a comprehensive program for supporting families and children. The Church is establishing homes for mothers in difficult life situations and is rendering aid to families with many children,” the head of the synodal department stressed.

In Vladimir Legoida’s opinion, it is important that “a discussion is taking place in Russian society in which many people say that abortion is morally unacceptable and is a forced choice.”

At the same time, the representative of the Russian Orthodox Church is convinced that it is necessary to continue working for abortion to no longer “be a part of compulsory medical services anymore, from being the norm of life of physicians, women and men, and an acceptable practice for society.” According to him, “pregnancy is not an illness and therefore abortion is not a normal medical operation.”

It should be noted that lately there has been an active discussion in Russian society on the necessity of at least the partial exclusion of abortions from the Obligatory Medical Insurance system. Abortion ban law adopted in Abkhazia
"The parliament passed the law, the President of Abkhazia signed it, it enters into force today," executive director of the St. Gregory the Theologian Foundation Leonid Sevastyanov told Interfax-Religion on Tuesday.
Comments
×