New centers for humanitarian aid have already been opened in various regions thanks to these funds. 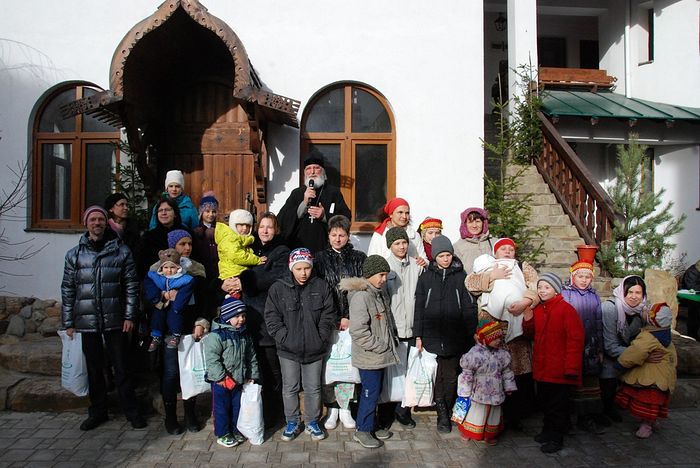 12,687,535 rubles ($213,980.48) have been allocated to forty-eight dioceses throughout the Russian Orthodox Church, following a Church-wide collection last year in honor of the International Day for Protection of Children on June 1, for building new and expanding already-existing humanitarian centers for pregnant women and women with children in crisis situations.

Of the 39 million rubles ($658,105.11) raised, “the first installment has been sent to the dioceses … these funds will go towards purchasing necessary equipment, salaries for specialists, and minimal replenishment of stockrooms in the first three monks of work,” explained the head of the Synodal Department for Charity and Social Work’s protection of life work Maria Studenikina, reports the department’s website.

The funds have been distributed on a competition basis, with the remaining funds to be distributed in the second stage beginning on February 1. 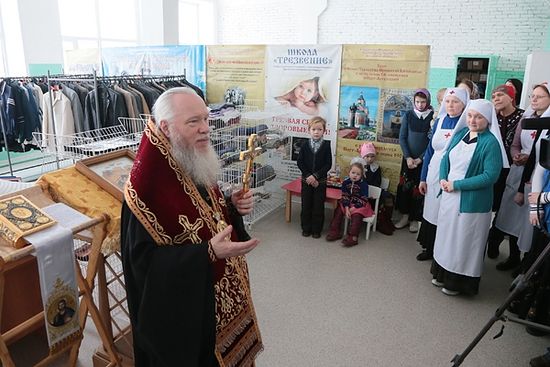 New humanitarian centers have already been opened thanks to the newly-received funds, including one at the Church of the Port Arthur Icon of the Mother of God in the Kurgan Diocese which opened on January 10, and another in the Pokrov Diocese (Saratov Oblast) beginning its work today. “It is very important not just to call for a ban on abortion, but to render material assistance and spiritual support to pregnant women in difficult situations faced with a choice: to refuse their child and ends its life, or to take on the podvig of fulfilling God’s will for humans born into this world,” stated Metropolitan Joseph of Kurgan and Belozersk at the opening of the center in his diocese. 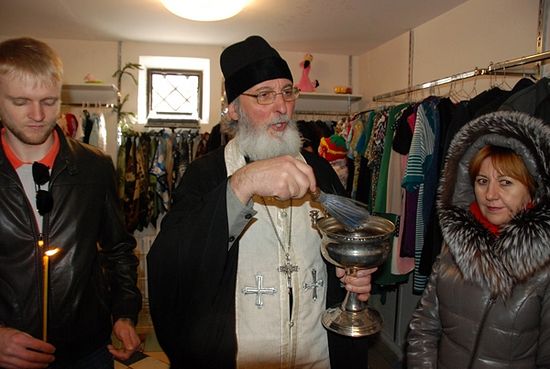 The humanitarian center of the Church of St. Seraphim of Sarov in Anape, which provides comprehensive help for mothers and pregnant women, including psychological, legal, and social, has expanded thanks to the donations received, doubling the size of their free store. “Just today fifteen large families and single mothers received groceries and children hygiene products, and thirty-five others received various items,” reports Elizaveta Pshenichnikova, the head of the parish’s social services. 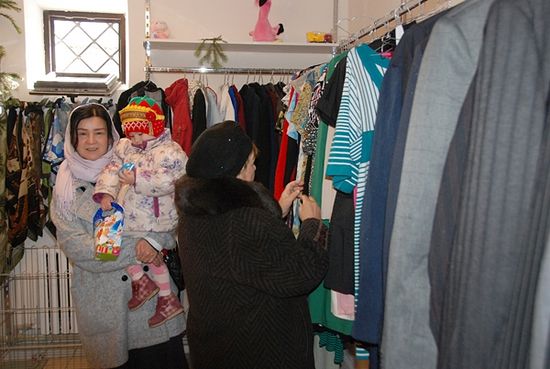 “All six deaneries of our diocese began operating humanitarian storehouses for refugees from the beginning of the military crisis in Ukraine, which gradually began offering help to other categories of applicants, including large families and women in crisis situations,” stated Fr. Andrei Shamro, head of the Novorossiysk Diocese’s charity department.

Another center began working on December 27 in Kamensk-Uralsky, with plans to open three more centers throughout the Sverdlovsk Oblast, and another in the Vyatka Diocese working with a database of 120 multi-children families and more than forty single mothers, and others in need. “People do not always have the opportunity to buy clothes, shoes, bedding, children’s items (especially when the family has four to six children or more), and other necessities, and are always happy for any help. We provide assistance to citizens in need, and our priority, of course, is large families and single mothers, and also pregnant women, finding themselves in difficult situations,” stated Vyatka center head Elena Boboshina.

There are forty-six crisis centers and shelters for pregnant women and mothers throughout Russia, and more than sixty Church-run humanitarian centers, their numbers set to noticeably increase throughout the year.