Love: The Power of Christian Leadership 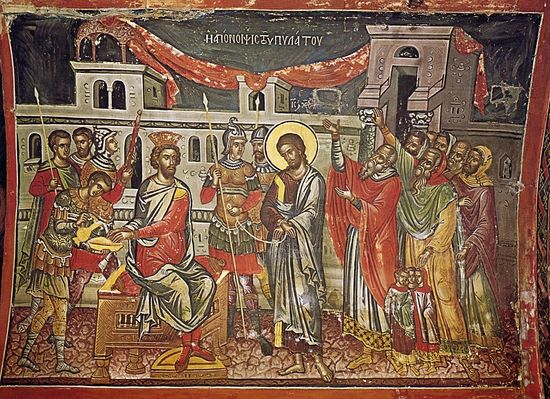 In Fyodor Dostoyevsky’s “Legend of the Grand Inquisitor” from his book, The Brothers Karamazov, we encounter contrasting and conflicting images of religious power. There is Archbishop who is the Grand Inquisitor, with his majestic robes which inspire terror in the population. He and his entourage armed with all the legal power of the state cause the people to cower and kowtow before him because they know he has power over their lives – to rule and to even take life from them.

On the other hand, Jesus comes humbly and unassuming, no threatening retinue around him. He is almost unrecognizable (at least as God the Lord) and blends into the crowd of the poor and powerless. He raises to life a little girl who has died. His power is love and life. Yet, He submits to the authority of the Inquisitor who casts Him into prison. There it is the Inquisitor who does all the talking to explain and justify his power on earth. Jesus remains totally silent in the face of all accusations but reveals His power – that of love.

This contrast played out in Jesus’ own lifetime, as Jesus stood before Pontius Pilate, the Roman Governor where Pilate seems to be the one who is trapped and forced to act, while Jesus the condemned man seems to speak with power.

The Jews answered Pilate, “We have a law, and by that law he ought to die, because he has made himself the Son of God.” When Pilate heard these words, he was the more afraid; he entered the praetorium again and said to Jesus, “Where are you from?” But Jesus gave no answer. Pilate therefore said to him, “You will not speak to me? Do you not know that I have power to release you, and power to crucify you?” Jesus answered him, “You would have no power over me unless it had been given you from above; therefore he who delivered me to you has the greater sin.” Upon this Pilate sought to release him…” (John 19:7-12)

Christian leadership involves power, but it should be the power of Christ and the Holy Spirit, not that of Pilate or the Grand Inquisitor. The Church’s power is not that of an empire’s army or police, but of love. Henri J.M. Nouwen says:

“I am speaking of a leadership in which power is constantly abandoned in favor of love. It is a true spiritual leadership. Powerless and humility in the spiritual life do not refer to people who have no spine and who let everyone else make decisions for them. They refer to people who are so deeply in love with Jesus that they are ready to follow him wherever he guides them, always trusting that, with him, they will find life and find it abundantly.” Leadership Isn’t Glamorous
Fr. James Guirguis
They had followed Him daily, for at least three years. They had heard His teachings and seen His wisdom and godly insight and yet, they didn’t believe and they didn’t absorb and assimilate the information that He had just shared with them.