On the Virtue of Goodness 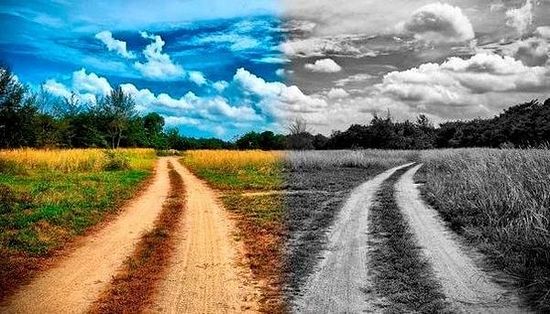 In his list of virtues which comprise the fruit of Spirit working in one’s life, St. Paul lists that of “goodness” (Greek agathosune, αγαθοσυνη) about midway in the list (Galatians 5:22f). One scarcely speaks of goodness as one of the virtues anymore. In our culture describing something as “good” is rather tepid praise; it is like saying something is “okay”, and “good” comes first in our ascending ladder of praise—“good, better, best”. Love, joy, and kindness are praised and admired, but goodness is hardly remembered at all. Indeed, though it stood toward the summit of virtues in the ancient world, our culture replaces “goodness” as the summit of virtues with “tolerance”—a tolerance always subject to the whims of fashion and standing within a world which knows no unchanging moral compass. Those whims might dictate almost anything. One season eating meat is declared unethical, and the next the wearing of fur. But apart from these arbitrary declarations of fashion, pretty much everything is tolerated—except, paradoxically, true goodness.

That is because true goodness is divine. When a rich young ruler addressed Christ with an idle and unthinking bit of flattery as “good teacher” (Mark 10:17), Christ rebuked the man with the reminder that “no one is good but God alone”. Christ of course did not mean that He was not divine or that goodness was not to be found in the world, but that true goodness was transcendent, luminous, unworldly, and the word was not to be tossed around so casually.

Goodness, as we see from the words and works of God in the Scriptures, is binary and discriminating. That is, it discriminates virtue from vice, and righteousness from evil. It looks upon evil with loathing, hatred, and disgust, and is filled with anger and wrath against it—or (if one prefers) with moral indignation. The more one is good the greater one’s sense of moral indignation when one encounters instances of sexual slavery, of child abuse, of violence against women and racial oppression, of the greed of the 1% which grinds the faces of the poor and wages exploitive war for the sake of material gain. Anyone who encountered such vice and evil and who remained calm, murmuring, “Oh well, nobody’s perfect” should not be praised for their tolerance, but censured for their lack of moral compass. True goodness rises up in wrath against such evil.

And in evil’s binary opposite, such goodness rejoices in virtue. When it encounters kindness to the poor, gentleness in the face of brutality, a forgiving spirit which refuses to retaliate against wrong, when it meets with honesty, industry, faithfulness, sexual purity, it exults and pours forth praise. We in the Church reaffirm and celebrate such a binary approach to life every time we sing one of psalms as a church antiphon: “The Lord loves the righteous, but the way of the wicked He brings to ruin” (Psalm 146). As the ancient document known as the Didache long ago declared, there are two ways only—the way of life and the way of death, the path of wisdom and that of folly. Goodness discriminates, exulting in the former and abominating the latter. Modern secular society does not have a good grasp on the binary nature of goodness; it gets queasy and nervous whenever evil is denounced. Authentic goodness has been replaced by non-judgmental niceness. (Rather inconsistently, it has no trouble itself denouncing traditional Christianity and anything it considers “non-progressive”.)

Our challenge as parents and teachers is to help our children to discriminate as well, training them to know instinctively what is worthy of praise and what is worthy of blame. The paths of wisdom and folly are not usually clearly marked in our day, and the path of folly which leads to death often looks superficially like the path of wisdom. A solid education therefore will therefore not simply teach children readin’, writin’, and ‘rithmetic, but also the even more valuable skills of discerning between virtue and vice, and of recognizing the excellence of the former. But we must do so with open eyes and courageous hearts, for children thus trained will not be welcomed by the world. Moral compromise, not integrity, is valued by the world, and leads to worldly success. (If you doubt this, look at the inner lives of those at the summits of political power, and ask yourself if they achieved those heights without making moral compromises.) True goodness always gives offence, and the notion that if a person is truly good they will be liked and rewarded by the world is nonsense. A good person will always offend those whose lack of goodness and purity are revealed by the goodness of the good person. But children trained to love goodness will choose virtue all the same, preferring the praise of God to the applause of the crowd.

This goodness, if it is true goodness, is not merely ethical, and has nothing to do with cold moralism with all its self-righteous judgmentalism. It is not the result of keeping abstract rules, but of sowing to the Spirit (Galatians 6:8). It is the fruit of grace, not of self-exertion. Like the good Lord Himself, it is transcendent, divine, luminous. And acquiring such goodness is the only way to find our way home. Why does God allow evil
Talks on the Book of Genesis 4
Andrei Solodkov
How does the Bible explain the reason for satan’s fall from God? Why does the devil appear to Eve in the form of a serpent? What is the trap hidden in his questions? Why does the All-Seeing God ask Adam, “Where are you?” Thoughts on the Nature of Evil
Fr. James Thornton
How is it possible that evil exists in a world created by God? For evil is precisely that which opposes itself to and resists God, perverting His designs and repudiating His ordinances. How then can evil exist if all that exists depends upon God for its existence?
Comments
×