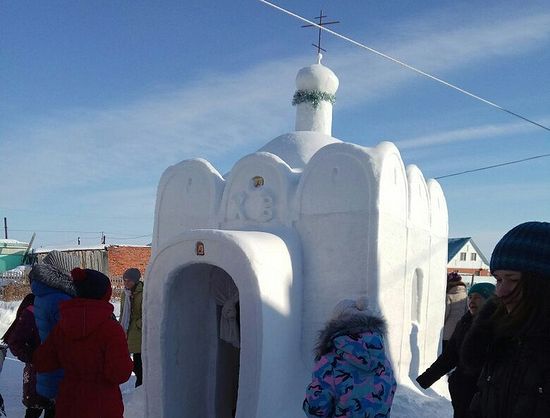 A new “church” has appeared in Russia, but it isn’t made from stone or cement or wood. This winter church, in the Azov district of the Omsk region, 1560 miles east of Moscow, is made out of snow.

Photos of this igloo-church have appeared on the social network Vkontakte, displaying the craft of local believer Alexander Bityokhin, reports NGS Omsk. The church is about 3m tall at the tip of the dome, with icons and candle stands inside. 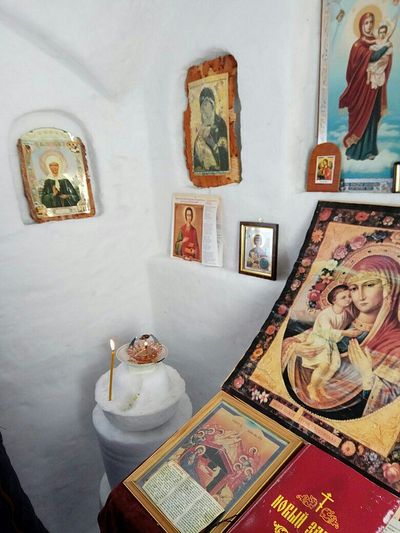 The artist’s mother noted that he built a similar church in 2014, adding that he suffered from a serious disease, after which he has been unable to find work.

“He is self-taught, but in terms of building he can do a lot. He is a deeply believing man, he has many icons, he knows many prayers. There’s been a lot of snow this winter. He really wants to have a church in the village, and he thought about how to execute it himself. He got this idea and he went to the priest in the Omsk church, where he was baptized, and he blessed him to build,” explained Tatiana Bityokhina.

He spent two months building this snow church in his yard, which finally appeared on the eve of Nativity, January 6. 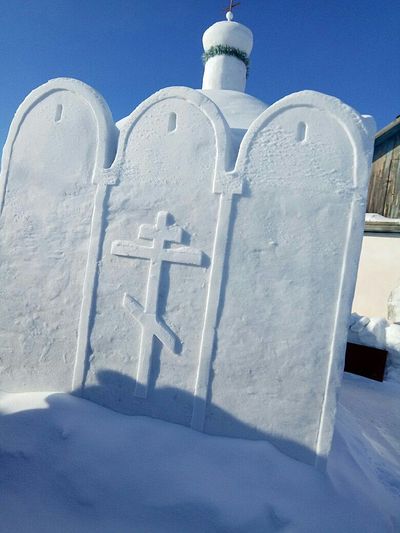 Alexander and his family had all been atheists, growing up in the Soviet Union, until Alexander came to the faith, received Baptism, and later converted his brother and sister and finally his mother in 2016.

The tiny snow chapel in the tiny village of Sosnovka has been drawing a lot of attention, with local school children even being brought on excursion to admire Alexander’s handiwork. Russia’s nine most beautiful monasteries: Winter view
Ksenia Isaeva
If you’re not afraid of the Russian winter, here are nine reasons to visit the country in December and admire the view.