Fourth Homily on the Lenten Season 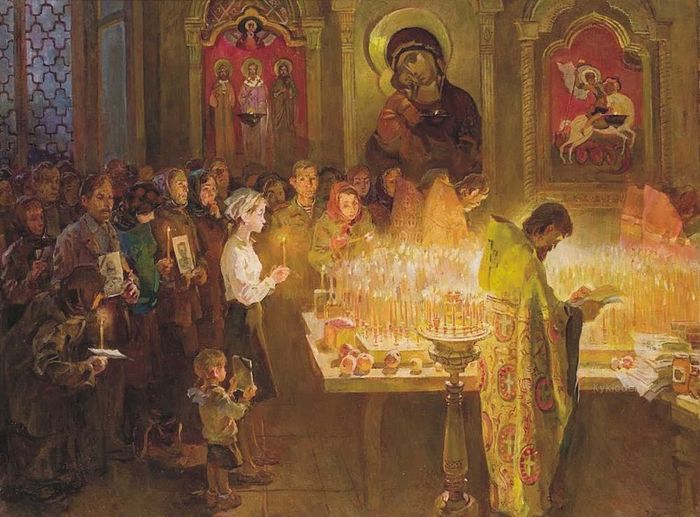 The solemn season has come when I would remind your charity to give more attentive consideration to your soul and to chastise your body. For these forty days are very sacred throughout the whole world, and at the approach of Easter the entire universe, which God reconciles to Himself in Christ, celebrates them with laudable devotion. If any enmities, which either ought not to have arisen or ought to have died quickly, have succeeded in persisting among the brethren because of negligence, obstinacy, or a reserve which is not modest but proud, at least now let them be brought to an end. The sun ought not to have set upon them;1 at least, after many risings and settings of the sun let them be extinguished by their own disappearance and let them not be renewed by another rising. The negligent person forgets to end his hostility; the stubborn one is unwilling to grant pardon when it is asked; the proudly reserved person disdains to seek pardon. Hostilities feed upon these three vices, but they kill the soul in which they are not put to death. On the other hand, memory guards against negligence, mercy against obstinacy, and submissive prudence against haughty reserve. Let him who realizes that he is unmindful of harmony shake off his sluggishness by energetically rousing himself. Let him who desires to be harsh in making demands upon his debtors consider that he is God’s debtor. Let him who is ashamed to seek forgiveness of his brother overcome this reprehensible shame by honorable fear, so that, with these harmful enmities ended and really dead, you may live. All this, charity which is not pretentious2 accomplishes. In so far as charity is present, my brethren, let it be exercised in living well; in so far as it is lacking, let it be obtained by fervent prayer.

So that our prayers may be helped by suitable supports during these days when we ought to make them more fervently, let us also bestow alms more fervently. Let us supplement our ordinary contributions with that which is saved by fasting and abstaining from our usual food. Although each one ought to give more abundant alms, he who, because of some physical need or regular diet, is not able to abstain so as to give to the poor that of which he deprives himself, ought in piety to contribute to the poor for the very reason that he does not restrict himself in other ways. Since it is less possible for him to help his prayers by mortification of his body, let him enclose in the heart of the poor man a more generous alms which can there pray for him. This is a most beneficial and estimable advice from holy Scripture: Shut up alms in the heart of the poor, and it shall obtain help for thee.3

Furthermore, we advise those who are abstaining from meat not to avoid as unclean the dishes in which meat has been cooked. For the Apostle, speaking on this point, says: For the clean all things are clean.4 According to sound doctrine, what is done in practices of this sort is done, not for the sake of avoiding uncleanness, but to restrain concupiscence. Wherefore, those who refrain from flesh meat in order to seek other kinds of food more difficult to obtain and more costly make a great mistake. For this is not undertaking abstinence, but simply varying one’s luxury. How am I going to tell such people to give to the poor that of which they deprive themselves when ordinary food is put aside by them so as to increase expenses by obtaining something else? Therefore, on these days fast more frequently, spend money on yourselves more sparingly, and give more generously to the needy. These days also demand continence in married persons, as the Apostle says: for a time, that you may give yourselves to prayer; and return together again lest Satan tempt you because you lack self-control.5 It is not arduous and difficult for faithful married persons to do for a few days what holy widows have undertaken from a certain period to the end of their lives and what holy virgins do throughout their entire lives. And so, in all these classes, let devotion be enkindled, let self-elation be checked. Let no one rejoice in the blessing of generosity to such a degree that he lose the blessing of humility. In truth, all other gifts of God are of no avail unless the bond of charity be present. That Your Prayer May Proceed in Peace

That Your Prayer May Proceed in Peace
Fourth Homily on the Lenten Season
St. Augustine
It is truly a kind of obligation to increase one’s almsdeeds during these days. For where do you expend what you deprive yourself of by abstinence more justly than in pity? He Gave Himself as Food For Us
St. Augustine

He Gave Himself as Food For Us
Third Homily on the Lenten Season
St. Augustine
What greater mercy could there be than that the Creator be created, the Ruler be served, the Redeemer be sold, the Exalted be humbled, and the Reviver be killed? In regard to almsgiving, we are commanded to give bread to the hungry, but He first gave Himself over to cruel enemies for us so that He might give Himself as food to us when we were hungry. We are com­manded to receive the stranger; for our sake He came unto his own and his own received him not. Taking up Our Own Crosses
St. Augustine

Taking up Our Own Crosses
First Homily on the Lenten Season
St. Augustine
Today we enter upon the observance of Lent, the season now presented to us in the passage of the liturgical year. An appropriately solemn sermon is your due so that the word of God, brought to you through my ministry, may sustain you in spirit while you fast in body and so that the inner man, thus refreshed by suitable food, may be able to accomplish and to persevere courageously in the disciplining of the outer man. For, to my spirit of devo­tion, it seems fitting that we, who are about to honor the Passion of our crucified Lord in the very near future, should fashion for ourselves a cross of the bodily pleasures in need of restraint.
Comments
×