After 20 years, 'Windows into heaven' completed in York area

St. John Chrysostom Orthodox Church, in Springettsbury Township, will be holding an Open House on Sunday, March 12 from 2-4 pm to invite the public to see the completed iconography 20 years in the making.

In the Orthodox tradition, icons are picture Gospels and often called “windows into heaven.” Historically, the images communicated stories of the New Testament for the sake of those who couldn’t read or afford the Bible according the Rev. Peter Pier, pastor of the church said, in a 2007 story the York Daily Record published about the religious art. 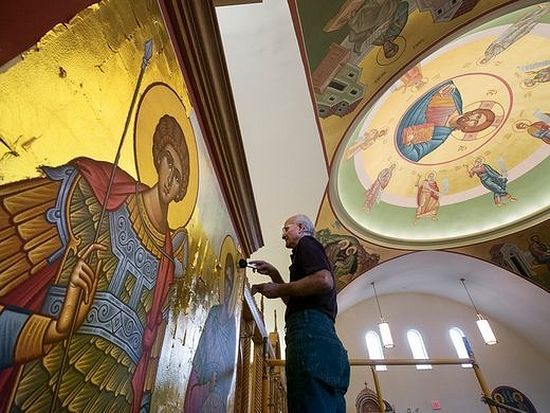 One of the few iconographers living in the United States, artist Elias Katsaros, has worked on the project 20 years.

According to Rev. Pier, the project at St. John Chrysostom is a completion of Katsaros's life work, who specialized in the rebirth of the ancient Byzantine style of Iconography. 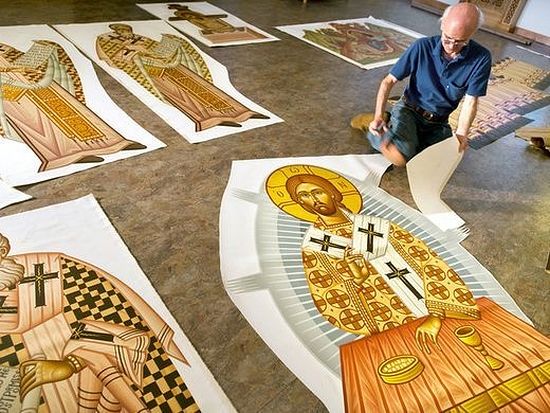 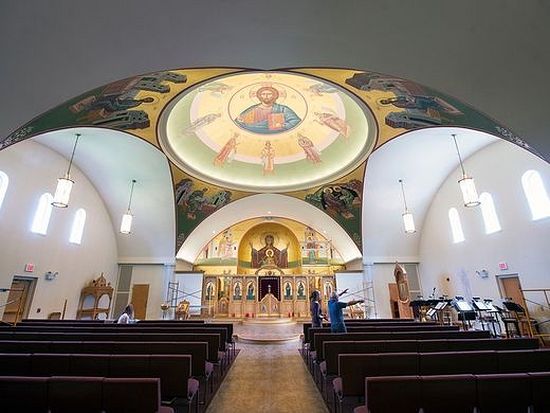 Read the full article and view the full collection of photos at the York Daily Record...

What is Art?
Archpriest Andrew Phillips
We can define art in its broadest sense by its etymology: art means something artificial, that is, manmade. However, anyone can see that there are great differences between manmade things, as manmade things fit into different levels. Thus, there is a great difference between a spade and an antique vase, or a 1960s block of flats and a palace, a Picasso and a Rembrandt, or heavy rock music and a Strauss waltz. All are manmade, but the former examples reflect a lack of inspiration as compared to the latter. What then is inspiration? Icons: A Lesson in Humility
The painting of Orthodox icons is an exercise in humility, says artist Lino Wong Wing-kuen, and one rooted in an artist’s spirituality.
Comments

Interesting place. Springettsbury Township. Is it in the US, the UK, Australia or New Zealand? The 'York area' suggests the UK, but there is New York in the US and the list of York namesakes in the anglo diaspora is rather tremendous.
×