How St. Gregory the Dialogist Stopped a Laughing Woman 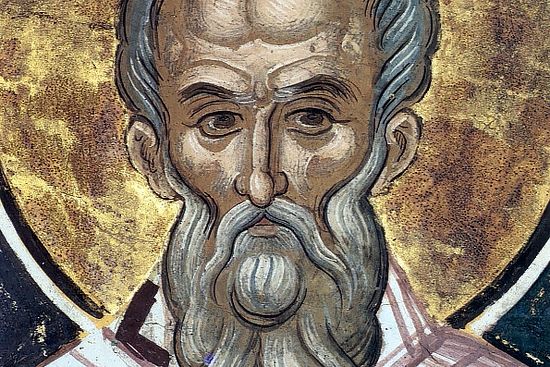 The conversation after one Lenten service turned to the Liturgy of the Presanctified Gifts. It’s a special rite from the West, as we know, written and introduced into use by St. Gregory the Dialogist. “Do you know why he’s called the Dialogist?” the priest asked me sternly. “No, I forgot,” I answered, justifying myself: “I remember that he was the Pope of Rome.” “I myself remember he was the Pope of Rome,” the priest said, with an unexpectedly mellow tone. “But as for me, why he’s the Dialogist, I’ve also forgotten.”

I’ll tell you about the origin of this mysterious title in a bit, but first let’s try to briefly paint a picture of this great man of the Orthodox Church.

St. Gregory was one of the most gifted people of his time. Brilliantly educated, the future Roman primate even once worked as the head of the city administration of the “eternal city.” Admittedly, it was a special time—the Middle Ages.

This is what the saint himself wrote: “The city is devastated, fortresses destroyed, churches burned, men’s and women’s monasteries ravaged, villages abandoned by the people, fields remain uncultivated, the land has become a desert, not a single inhabitant remains on it, wild beasts have begun to dwell there, where before lived a multitude of people. I don’t know what is happening in other parts of the world, but on our land, where we live, the end of the world is not only close, but already here.”

Even Protestants revere St. Gregory as “the last good pope.” Sleeves rolled up, he strenuously worked for the good of the Church, the state, and the people, with the help of God. He was not just an ascetic, not just a writer, not just a church organizer, but also a politician, having great influence on the Roman Empire and its affairs in the world.

As for writing, to the quill of St. Gregory the Great (as Catholics call him) belong many compositions which are still read and still useful, and interesting. He is even the author of one Medieval Christian bestseller—a book full of miraculous stories and didactic cases, known as Conversations on the Lives of the Italian Fathers and on the Immortality of the Soul, or, The Dialogues for short. Here is the key to his mysterious name.

Communion of the Body and Blood of Christ 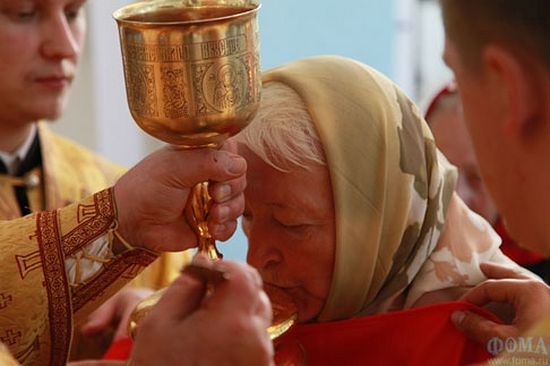 Let us finish the story about the holy miracle he performed at Liturgy. The story needs no commentary. The only thing is to remember it over the weekend, when with hands crossed over our chest, by the grace of God, we will approach the Chalice of Christ. So, let’s listen.

“A woman, well-known in Rome, brought prosphora to the Divine altar; His Holiness Pope Gregory was serving the Liturgy by himself at the time. When he was distributing Divine Communion to the people, this woman approached to commune of the Holy Mysteries. But when she heard St. Gregory’s words, ‘Receive the life-giving body of our Lord Jesus Christ,’ she began to laugh. Then Pope Gregory, holding back his hand, asked her, ‘What are you laughing at?’

“‘It’s strange to me, Vladyka,’ she responded, ‘that the bread baked from flour with my own hands, you called the Body of Christ.’

“The saint, seeing her disbelief, prayed to God, and immediately the bread turned into real human flesh in appearance. And not only did this woman see this bloody human flesh, but everyone present in the church; everyone, seeing this miracle, glorified Christ God and was further established in the faith, not doubting at all that in the Most Pure Mysteries, under the appearance of bread, is distributed the real Body of Christ, and under the appearance of wine, His true Blood.

Afterwards, the saint again prayed, and the appearance of the human body turned again into bread. Then this woman communed with great fear and firm faith, receiving the bread as the Body of Christ, and the wine as the Blood of Christ. St. Gregory the Dialogist, pope of Rome
Commemorated March 12/25
Wisely governing the Church, Hierarch Gregory tirelessly planted the Word of God. Saint Gregory compiled in the Latin tongue the order of the Liturgy of the Presanctified Gifts (used during Great Lent), which before him was known only in oral tradition.
Comments

Thomas Johnson Hulbert3/25/2017 12:01 pm
This is awesome. Would it be too weird to add footnotes about where these books could be purchased?
×